As usual at US universities, this is divided into colleges and schools. The Columbian College of Arts and Sciences is the university's oldest college .

The George Washington University sports teams are the Colonials . The university is a member of the Atlantic 10 Conference . 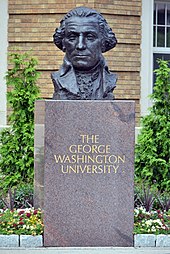