Zamora is the capital of the province of Zamora of the same name and the capital of a municipality (municipio) with 61,406 inhabitants (as of January 1, 2019 ) in the autonomous Spanish region of Castile-León . Zamora is located on a branch of the Camino de Santiago that comes from the south ( Seville , Mérida , Cáceres and Salamanca ) and joins the main route in León or Astorga . The historic center is recognized as a cultural asset ( Bien de Interés Cultural ) in the Conjunto histórico-artístico category .

The city of Zamora is located on the Meseta a good 250 km (driving distance) northwest of Madrid at an altitude of about 635  m on a rocky hill above the Duero River . The border with Portugal at Miranda do Douro is only about 55 km away. The winter temperatures are quite cool, whereas in summer it is warm to hot; the sparse rainfalls (approx. 360 mm / year) fall over the whole year.

The strong increase in population in the 20th century is mainly due to immigration from the surrounding countryside ( rural exodus ). The hamlet (pedanía) Carrascal , which has a good 100 inhabitants, also belongs to the municipality .

The agriculture has always been the livelihood for the people of the region; the city was an important market town and is now a regional center for handicrafts, trade and services of all kinds. Zamora is known for the manufacture of leather goods and textiles . Tourism within Spain is also of a certain importance.

Facade of the cathedral

A Bronze Age settlement can already be proven in the area of ​​the city . In ancient times the place was called Ocelum or Ocelodurum a city of the Vettonen ; later he was part of the Roman province of Lusitania and was a stop on the under Emperor Augustus built Roman road from Mérida ( Emerita Augusta ) to Astorga ( Asturica Augusta ) , which later under the name " Silver Street was known."

As part of the Islamic conquest , the city was mainly settled by Berbers , but they had to vacate the country again around 900. Located in an area in the no man's land between al-Andalus and the Christian rulership, which was devastated for strategic reasons, the city changed owners and residents several times in the 9th century. Provided with a city wall by Alfonso II (r. 791–842), the city received after the conquest by Alfonso III. (r. 866–910) in 893 it was a fortress and became a bishopric of the diocese of Zamora around the year 900 ; the first bishop was Attila of Zamora . The attempt of the Umayyad prince and self-proclaimed Mahdi Ibn al-Qitt to recapture the city for the Muslims in 901 failed.

The city was destroyed in 981 by the Moors under the leadership of Almansor . In the 11th century it was rebuilt by Ferdinand I (r. 1035-1065) and a repopulation ( repoblación ) was initiated. After his death, the city became the residence of his daughter Urraca . The city experienced its heyday in the 12th and early 13th centuries, but this came to an end with the shift of political, cultural and economic interests towards Andalusia - it sank back to the rank of a provincial town, but on the other hand many medieval churches (all first of all the cathedral) have been preserved. 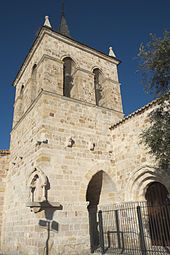 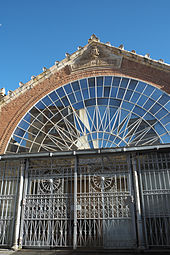 Zamora has twinned cities with

Municipalities in the province of Zamora