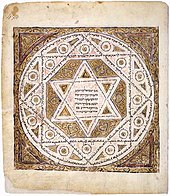 The Codex Leningradensis is the oldest known complete manuscript of the Hebrew Bible in the original language. The scribe Samuel ben Jakob himself claims to have copied from books corrected by Aaron ben Moshe ben Ascher . The manuscript is likely to be written in Cairo and later sold to a person living in Damascus .

The missionary Brun von Querfurt goes to the court of Bolesław I. Chrobry of Poland . Since war has broken out between King Henry II and Duke Bolesław, he sends one of his companions to Sweden , where King Olof Skötkonung and a large part of his people can be won over for the baptism. Then he makes a fruitless attempt to reconcile Heinrich and Bolesław by writing to King Henry. Finally, with 18 companions, he sets off for missionary work in the land of the Prussians .