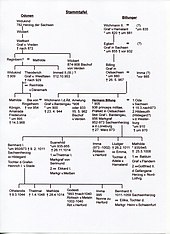 Family table of the Billunger

Italy around the year 1000; in the southeast of the Byzantine Katepanat Italy

After the Byzantine governor of Katepanats Italy have already been besieged one year, the Greek citizens of the city come Bari in negotiations with the besiegers. They force the leader of the Lombard insurgents Meles and his brother-in-law Dattus to flee and on June 11th they hand over the city to Basilius Mesardonites, who restores Byzantine rule, but refrains from reprisals.

The Japanese ruler Ichijō abdicated due to illness and died a short time later on July 25th . His cousin Sanjō follows him as the 67th Tennō to the throne. The new Tennō does not have a strong base of power, the rise of the imperial secretary Fujiwara no Michinaga . 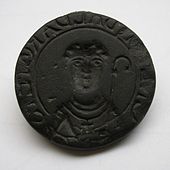 Nature and the environment / disasters