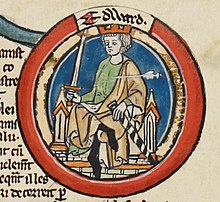 After the death of his father Edgar on July 8, at the age of 13, Eadweard II took over the rule of Wessex and the other English sub-kingdoms. However, a group of nobles who want to give the crown to his seven-year-old half-brother Æthelred contradicts his claims . Eadweard, however, is supported by Dunstan , Archbishop of Canterbury , and Oswald of Worcester , Archbishop of York , as well as other nobles. It is mainly through Dunstan's support that Eadweard is recognized and crowned by the Witan , the council of the great. At the time of his accession to the throne, the kingdom was ravaged by famine and there were violent attacks on monasteries by nobles from Mercia . These raids are led by Ælfhere , who claims the lands King Edgar gave to the monks. Many monasteries are destroyed and the monks have to flee. The King, along with Archbishop Dunstan of Canterbury, defends the rights of the Church and the monasteries. 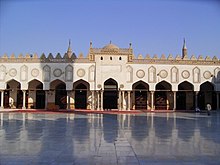