Albuñán is a municipality in the Spanish province of Granada in Andalusia . It is about 30 kilometers (as the crow flies) east of Granada. Bordering municipalities are Alcudia de Guadix , Exfiliana , Lanteira and Alquife . In the north it borders on the Sierra Nevada .

The name comes from the Arabic al-Bunyán ( building or structure ). The exact date of foundation is unknown, the foundation was in the Middle Ages. After the Arabs left Andalusia in the 16th century, the place began to grow rapidly; Spaniards from other parts of the country moved to Albuñán.

According to the chronicles of the Marques de la Ensenada, Albuñán had a small castle, but nothing has survived. After the Reconquista , the place was assigned to the Bishop of Guadix. The place was later transferred to the Marquis de Villena; later the Marquis of Truxillos was the patron of Albuñán.

Results of the municipal council elections

Source: Spanish Ministry of the Interior 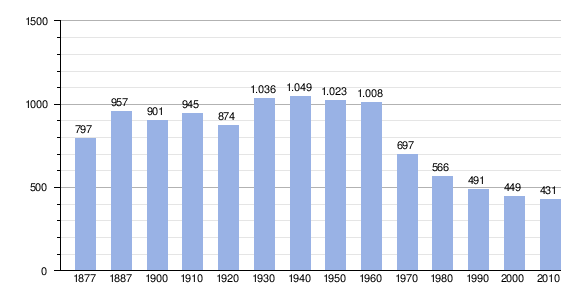 The Church of the Annunciation was built in the sixteenth century. It is a construction from a single Latin ship. It has a coffered ceiling with a geometric decoration, has round arches on both sides and opens to two chapels on the left and right. The transept is crowned with a dome. In the seventeenth century the pulpit was gilded. The altarpiece was created in 1802.

The Ethnological Museum of Albuñán shows the history and cultural tradition of the people, objects of everyday life and agricultural tillage.

The last Sunday in May is the festival of flowers. In June, the Ethnographic Society organizes a market that has existed since the first third of the twentieth century, with farmers and ranchers in contemporary clothing, with local products, with songs and dances from the region. Another important festival is Migrants Day on August 15th. On October 4th the day of St. Francis of Assisi is celebrated. In addition, the feast of the Virgin of the Rosary is celebrated.

Municipalities in the province of Granada