Bombardier Transportation is a manufacturer of rail vehicles belonging to the Canadian Bombardier group , in which the Caisse de dépôt et placement du Québec has a 30 percent stake.

On February 12, 2020, the Handelsblatt published citing insider sources that Alstom would like to buy Bombardier Transportation for seven billion euros. On February 17, 2020, Alstom confirmed in a press release that both companies are in negotiations. In July 2020, the EU Commission approved the takeover under the EU Merger Regulation on the condition that all commitments made by Alstom to the Commission in order to dispel competition concerns are fully met.

Main building of the Hennigsdorf plant

Bombardier's entry into rail vehicle construction took place in 1970 with the takeover of the Austrian Lohner-Werke , which at that time produced trams for the Austrian market. Bombardier Transportation was founded in 1974 after Bombardier received a major order for 423 subway cars for the city of Montreal. In 1975, Bombardier bought the American Locomotive Company / Montreal Locomotive Works , which manufactured locomotives until 1985 .

In 1995, Bombardier Transportation returned to the transport business with further acquisitions of companies in France, Austria and Germany. In Germany, Bombardier took over the Talbot wagon factory in Aachen in 1995 and Deutsche Waggonbau (formerly LOWA ) in 1998 with operations in Berlin , Halle , Görlitz , Bautzen , Vetschau and Niesky . Vevey Technologies in Villeneuve , Switzerland, which was only taken over by Deutsche Waggonbau in 1997 , also switched to Bombardier.

In 2001, DaimlerChrysler Rail Systems ( Adtranz ) was taken over with its headquarters in the north of Berlin near Tegel Airport and near the largest plant in Hennigsdorf . The other German Adtranz locations in Mannheim , Kassel , Nuremberg , Dreis-Tiefenbach and Braunschweig also joined Bombardier. In Switzerland, the takeover locations affected Zurich and Turgi as well as Pratteln , which, contrary to the Adtranz plans at the time, was retained by Bombardier for the time being.

The Adtranz locations in Great Britain , Denmark (formerly Scandia A / S in Randers ), Sweden , Norway , Portugal , Italy and Poland as well as the joint venture in the People's Republic of China were also taken over. Adtranz had among other things the British Rail Class 170 " Turbostar " - Diesel - Multiple Unit and the German TRAXX -Lokomotiven built, which has since produced under the trademark of Bombardier.

On November 13, 2001, the company announced a fundamental restructuring of its European production activities. Capital-intensive activities should be bundled in specialized plants. Above all in Germany, objections under antitrust law had to be taken into account. The Stadler Pankow GmbH joint venture, which was only founded in 2000 between Stadler and Adtranz, changed completely to the Stadler Rail Group in 2001 and with it the licenses for some vehicles such as the “ Regio-Shuttle ” and “ Variobahn ”.

At the beginning of 2003 the company founded a joint venture with Bombardier - CPC Propulsion Systems in China for the production and marketing of propulsion components. With effect from May 1, 2003, the company sold its Vetschau plant to a Hungarian group of investors. In autumn 2003, the company announced that it would close at least six of its then 37 plants in Europe due to losses.

In the wake of the recession in rail vehicle construction, the corporate management decided to downsize the Transportation division and announced the decision at the annual results media conference in March 2004. The downsizing affects Europe above all and includes the closure of seven production sites in five countries and a reduction of 6,600 jobs worldwide (86 percent of them in Europe) or 18.5 percent of the entire workforce at Bombardier Transportation.

By the end of 2004, the traditional Nuremberg location, Amadora , the only production facility in Portugal and two production facilities in Great Britain were closed. By December 31, 2005, another plant in the UK and one in Kalmar, Sweden were closed. On the same date, the Ammendorf plant in Halle (Saale) with over 700 employees and the Pratteln plant in the canton of Basel-Landschaft with 520 employees were closed, with the latter largely closed since April 28, 2005. The plant closures only made up part of the downsizing; in Germany a further 1,200 jobs (out of a total of 10,100) and in Switzerland a further 70 positions (out of a total of 1,350) were cut.

Even after the restructuring is complete, Germany will remain the largest Bombardier Transportation site with eight production sites and around 8,600 employees, followed by Great Britain with six plants and almost 4,300 employees. In Switzerland, just under 760 employees remain distributed across the production site in Villeneuve (small series, almost 160 employees) and the development sites in Zurich Oerlikon and Turgi. In Austria, the competence center for trams and light rail vehicles at the Bombardier site in Vienna, the former wage factories , has around 700 employees.

The headquarters of Bombardier Transportation were relocated to the former building of the Royal Railway Directorate in 2006 , then to the Reichsbahndirektion , Berlin at Schöneberger Ufer 1 and on July 3, 2017 to Potsdamer Platz, Eichhornstraße 3.

The following parts of this section seem since 2017 is out of date to be : losses since 2017
Please help with to the missing information research and insert .

On May 12, 2010, Bombardier received the most expensive order in the history of the railway company from the Swiss Federal Railways SBB . The company is to deliver 59 double-decker trains ( Twindexx ) for long-distance traffic. The total volume of the order is around 1.9 billion Swiss francs . According to its own information, Bombardier will manufacture the new trains at the locations in Villeneuve, Switzerland and Görlitz , Germany.

Of the regional multiple units of the Talent 2 series, which were initially delivered more than two years late, 210 trains were handed over to Deutsche Bahn in the summer of 2013. At the beginning of 2013, Bombardier Transportation received an order from a private operator for these vehicles for the first time.

In October 2012 it was announced that Bombardier would close the Aachen plant with 600 jobs in the summer of 2013 after completing major orders. There are no follow-up orders, the reason was given. Despite the intervention of various groups, Bombardier held on to the closure.

In February 2013, Deutsche Bahn filed a lawsuit against Bombardier with the Berlin Regional Court. The DB demanded compensation because of the problems with the tilting technology of the Regio-Swingers .

In Germany, Bombardier has made losses in the past five years (as of 2017), and job cuts are planned. Various development and manufacturing locations are to be merged at certain locations, for example locomotive construction in Kassel and the associated development at the Mannheim location .

In December 2019, a new test center was put into operation at the Bautzen location, in which three vehicles up to 120 m long can be tested in parallel.

On February 12, 2020, media reports became known that the French rail vehicle manufacturer Alstom wants to take over the rail division of Bombardier. Both Alstom and Bombardier initially did not comment on the reports.

On February 17, 2020, Alstom announced that it intends to take over the train business of Canadian competitor Bombardier. The transaction would create a rail technology group with around 15 billion euros in annual sales.

In July, the EU Commission approved the takeover subject to certain conditions.

Bombardier Transportation was founded in 2008/2009 (Category: Energy + Environment) for the ECO 4 system, in 2010/11 for the two-power locomotive ALP-45 (Category: Locomotive) and in 2012/2013 for the induction charging technology PRIMOVE ( Category: multiple units) was awarded the innovation prize of the Privatbahn Magazin .

There are 68 locations worldwide, eight of which are in Germany. 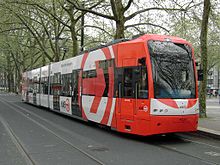 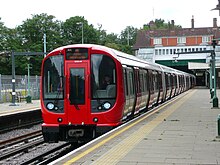