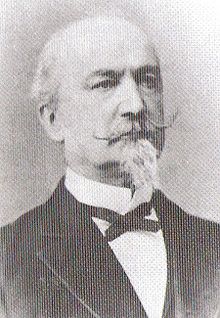 Constantin von Briesen comes from the Prussian-Pomeranian nobility from Briesen . His father was the manor owner Ferdinand Alexander von Briesen (1785–1844), his mother Charlotte Juliane nee von Hermensdorf. He married Countess Seyssel d'Aix, born on April 17, 1852 in Koblenz Maria (born October 30, 1821 in Elberfeld, † July 26, 1900 in Düsseldorf), the daughter of District Administrator Carl Theodor von Seyssel d'Aix and his first wife Ernestine from Crailsheim. Constantin von Briesen was originally a Protestant denomination, but converted to Catholicism in 1847. His wife was an evangelical reformist. They had four children.

Constantin von Briesen initially received private lessons and was with the cadet corps in Berlin and Potsdam from the age of 12 to 16. His last military rank was Rittmeister of the Landwehr cavalry . Then he attended the Kölln High School in Berlin. After graduating on September 21, 1839, he studied law at the University of Bonn (enrolled on November 2, 1841), Berlin and Königsberg . On November 18, 1842, he passed the auditor's examination and on December 12, he became an auscultator at the Berlin Court of Appeal .

Constantin von Briesen was from 1850 (provisional from March 25, 1850, regular from April 4, 1853) to 1866 district administrator of the Merzig-Wadern district in Merzig and moved his residence to Gut Wiesenhof . The Kreissparkasse Merzig was founded during von Briesen's tenure . He resumed the meadow melioration, which had stalled due to the political unrest of 1848, and founded the Kreissparkasse in 1857 with significant help from Mr. Eugen von Boch.

From September 18, 1854 to November 1855, von Briesen was also responsible for the administration of the neighboring Saarburg district .

As part of the annexation of Hessen-Homburg by Prussia , Constantin von Briesen was appointed to Bad Homburg. Even before the peace treaty of September 3, 1866 came into force, Constantin von Briesen was the civil commissioner and was appointed first district administrator by the Prussian Ministry of the Interior when the Obertaunuskreis was founded on February 22, 1867. The official seat and official residence was initially the Landgravial Palace until the District Office was built at Dorotheenstrasse 1 in 1867. The candidacy for the Reichstag of the North German Confederation in 1867 in the domestic Reichstag constituency of Wiesbaden 1 region failed blatantly. Constantin von Briesen received only 0.7% of the vote.

His daughter Emie Frederike Carolin Louise (* December 24, 1857 at Gut Wiesenhof near Merzig ; † 1936 in Noordwijk aan Zee ), called Emy, and her mother stayed in Düsseldorf. There Emy von Briesen was a private student of the painter Albert Baur from 1877 to 1882 , followed by studies of animal painting with Emmanuel Frémiet in Paris. She then worked as a painter and writer in Düsseldorf, where she lived with her mother in the Hofgärtnerhaus on Jägerhofstrasse .

He wore the title of a Government Council and a chamberlain .

District administrators in the district of Merzig

District administrators in the district of Saarburg

District administrators in the district of Neuss