This article describes the Reichstag member Rudolf Heinze. For the professor at the University of Heidelberg, see Rudolf Heinze (Jurist, 1825) .

Heinze, who was an Evangelical Lutheran denomination, was born in Oldenburg as the son of philosophy professor Max Heinze . His younger brother was the later classical philologist Richard Heinze . After graduating from high school in Leipzig , he studied law in Tübingen , Heidelberg , Berlin and Leipzig from 1883 to 1886 . During his studies he became a member of the Association of German Students , whose suburban chair he held in 1886. In 1887 Heinze received his doctorate in law in Leipzig. After his military service as a one-year volunteer , he entered the Saxon judicial service and in 1896 became a district judge in Dresden. In 1900 he married Anna Leue geb. Hotop. From this marriage there were four children. After a few years as a district judge, Heinze was appointed district court director in 1906. In 1912 Heinze resigned from the Saxon judicial service and became an employee of the Upper Reich Prosecutor's Office in Leipzig. In 1914 he was appointed to the Reichsgerichtrat at the Reichsgericht in Leipzig.

During the First World War he was employed as a captain in the central police station in Poland from 1914 to 1916. Due to personal contacts in Turkey , he worked from 1916 to 1918 as Under- Secretary of State in the Turkish Ministry of Justice in Constantinople . Then he returned to Germany. Recommended by Turkey, Heinze worked in 1926/27 as chairman of the higher consular court in Egypt .

Heinze was originally a member of the National Liberal Party , of which he was a member from 1906 to 1916. After the end of the First World War , Heinze participated in the founding of the German People's Party (DVP) and was temporarily deputy party chairman under Gustav Stresemann .

In 1899 Heinze became a city councilor and in 1903 a city councilor in Dresden. In 1907 he moved into the Reichstag for the constituency of Dresden on the left bank of the Elbe , to which he belonged until 1912. In 1915/16 Heinze was a member of the Second Chamber of the Saxon State Parliament for the Dresden III constituency. In 1919/20 he was a member of the Weimar National Assembly . There he was chairman of the DVP parliamentary group and a member of the "Committee for the Preparation of the Draft Constitution of the German Reich". He is considered to be one of the fathers of the compromise between the government and sections of the opposition in the struggle for acceptance of the Versailles Treaty . From 1920 until his death Rudolf Heinze was a member of the Reichstag . 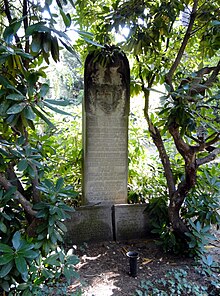 Heinze was appointed Saxon Minister of Justice on June 13, 1918 , and from October 26 to November 13 he was the last royal Saxon chairman of the entire ministry ( Prime Minister ). The Cabinet was the first to include Social Democrats. Before his reform proposals could be discussed, the November Revolution put an end to his office.

After the first Reichstag elections on June 6, 1920, Heinze was tasked with forming a Reich government. However, it failed because of the Social Democratic Party of Germany (SPD), which did not consider the DVP to be able to form a coalition because of its nationalistic stance in foreign policy. In the cabinet of Constantin Fehrenbach he was Vice Chancellor and Minister of Justice in 1920/21 , under Reich Chancellor Wilhelm Cuno Heinze was Minister of Justice in 1922/23. On January 11, 1923, the Ruhr was occupied by French and Belgian troops. The government of Cuno called for passive resistance, Heinze organized the supply of the population. UA Due to passive resistance, economic life collapsed and hyperinflation occurred . The Cuno government then had to resign.

On October 29, 1923 by a Reichsexekution the Saxon government of Social Democrats and Communists Reich President Friedrich Ebert on the basis of Article 48 of the Weimar Constitution of removed from office after the Saxon Prime Minister to Erich Zeigner refused illegally formed by Communist workers and armed Dissolve units and dismiss communist ministers. Reich Chancellor Gustav Stresemann appointed Heinze Reich Commissioner , who took over Zeigner's duties. With the support of the Reichswehr , Heinze appointed further commissioners for the individual ministries. After a few days he was able to hand over the business to a newly formed Saxon government under the Social Democrat Alfred Fellisch .

Saxony between the Third Reich and the GDR: Rudolf Friedrichs  | Max Seydewitz

Saxony in the time of National Socialism: Otto Georg Thierack

Saxony between the Third Reich and dissolution in the GDR: Reinhard Uhle  | Hermann Kastner  | Johannes Dieckmann