from Wikipedia, the free encyclopedia
This is the spotted version , flagged on August 9, 2020 . There is 1 pending change that has yet to be viewed.

This article deals with the NDR radio program N-Joy. For the training stations of the same name from Austria, see Njoy Radio and NJOY . 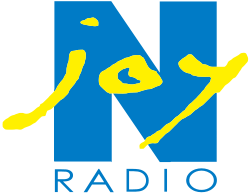 N-Joy ( own spelling N-JOY , in the RDS with the addition “vom NDR”) is the youngest radio program of the North German Broadcasting Corporation (NDR) with the target group 14 to 39 years. The transmitter is based in Hamburg . Program director is Norbert Grundei .

On April 4, 1994 at 4:44 p.m., the NDR started the youth program N-Joy, at that time still under the name N-Joy Radio (until 2001), as a radio station for a young audience. N-Joy went on air with the music track "Look, who's talking" by Dr. Alban . The moderators of the start of the broadcast were Cyrus Sadri and Thomas Bug . The studios in Hamburg were also a German premiere. They got by without a CD player in the control room, as the music was digitized and stored in electronic juke boxes (then on a PC basis). N-Joy's studio was the first radio studio in Germany to use this technology. The first broadcasters in Europe to use this technology were Blue Danube Radio and FM4 from Österreichischer Rundfunk. The studios in Hamburg and Vienna were planned and built by the same companies.

The program was also intended as a reaction to private programs, especially in Hamburg ( OK Radio ), which were increasingly causing listeners to leave the NDR and the then “youngest” radio program NDR 2 . N-Joy was supposed to replace the youth magazine Der Club , which ran on NDR 2 since 1969. In the radio program of some television magazines (e.g. "Hörzu" or "Funk Uhr"), this station was initially carried under the working title "NDR 5".

Two weeks beforehand, N-Joy advertised its program in a music waiting loop on its then new frequency with the slogan: "N-Joy radio starts on April 4th at 44.44". At that time, the station's studio and editorial rooms were still on Bebelallee in Hamburg-Winterhude , separated from the rest of the NDR radio. The spatial separation from the other NDR programs was intentional, as the youth broadcaster did not want to submit to the dusty NDR image. In 2004 N-Joy moved to the other NDR radio programs in a new building at the headquarters in Rothenbaumchaussee in Hamburg-Harvestehude .

In the 1990s, the main music genres were current chart breakers and especially dance, trance and house music. The “N-Joy Radio Charts”, which ran every Sunday from 10 a.m. to 2 p.m., were also popular. The 40 most popular titles of the past week were played there. According to a media analysis from 1997, around 48.2 percent of 14 to 19-year-old listeners tuned into the station once a day.

The radio comedy show “Käpt'n Kip Dotter”, which was taken over by SWF3 , also achieved cult status, and mainly made fun of Star Trek and other science fiction clichés. The captain was spoken by the SWF3 and later Sat.1 presenter Elmar Hörig . The comedy always began with the phrase: "And now: the biggest bang in space ...".

For a while (around 1996/97) the morning track could also be seen on television ( N3 ) under the name “N-Joy Breakfast TV” . Pictures were broadcast live from the studio so that the moderators, e.g. B. Anja Goerz and Thomas Bug , could be observed at their work. But the basic idea of ​​feeding the radio permanently into television at the same time did not hold up and was hardly adopted by other broadcasters.

In the spring of 1998 N-Joy Radio started the project “Sextra - Sex extra” together with Pro Familia , in which questions about contraception, for the “first time” and lovesickness were discussed. In 1998 the average age of the listeners was 24 years (Media-Analyze 98 / I).

In June 1999, the station carried out a comprehensive relaunch in which, among other things, the music format was changed. The station voice of the transmitter has also been replaced.

In 2001 the station introduced a new logo. With the new logo, the addition of radio has also been removed from the station name.

The station offers current information and humorous program parts. The latter are the programs Postillon-Hörfunknachrichten , William Cohn: The best day in the world , the N-Joy Pisapolizei - Dennis Dabelstein on patrol in the north and The little lies of everyday life . The word share in the program is rather small. The messages on N-Joy are broadcast every half hour in the morning (6 a.m. to 10 a.m.) and in the afternoon (4 p.m. to 6 p.m.) and every hour during the day. The music that can be heard on N-Joy is based on the current charts . Some older titles from the 2000s can also be found in the program. The station advertises with the slogans / claims “Most Hits of Today” and “Enjoy the Music”.

Monday to Friday, the daily program is divided into the following programs:

Later in the evening, N-Joy broadcasts (usually pre-recorded) various special programs with different focuses. The "Soundfiles Hip-Hop " run on Mondays . The N-Joy sound files Hip-Hop have been mixed and co-moderated by the beginners since the first broadcast by DJ Mad . Tuesdays there is " What want to know? " With Fettes Brot alternating with "Song of Life" with Tobi Schlegl and then live recordings by various solo artists and bands or radio plays. On Wednesdays from 10 p.m. to 11 p.m. the podcast Deutschland3000 with Eva Schulz is broadcast. "N-JOY Club" with Christian Lidsba runs on Thursdays and presents the latest electronic music. The “N-JOY Music Meeting” will then be broadcast, in which N-JOY music editors and guest stars will discuss new music. On Friday evenings, N-JOY broadcast the “Friday Flavor Mix” for a long time, which was mixed and pre-produced by DJs Grandmaster Ben & Fab 5 Finger and later by Jonny Joka. This program was withdrawn from the program in spring 2015.

In the night from Tuesday to Wednesday, the program "N-JOY Nightlab" is broadcast from midnight to 2 am. In this program there is space for young, new, growing presenters to try out new formats.

The "N-JOY TOP HITS FROM TODAY - Playlist" is a music series in which mainly current charts, current hits and newcomers are played. The broadcast times are:

Since the beginning of 2015, N-JOY has been one of the few companies to offer contact via Threema .

There is also a free N-JOY app for iOS and Android with a messenger that can be used to send text messages, voice messages and images directly and in real time to the listener service and the broadcaster's moderators. The N-JOY app was officially released for the first time in July 2016.

N-JOY has been operating a YouTube channel since November 11, 2019 . On a weekly basis, entertaining videos are published there, which are presented alternately by various new, young moderators.

N-Joy is in the NDR broadcasting area on FM and DAB + broadcast and worldwide via the Internet as an MP3 - Stream and the Phonostar to hear player. In Europe, N-JOY can be received via DVB-S . Analogue satellite reception on a sound subcarrier of the pay TV station Premiere was discontinued when its analogue satellite broadcasting ended.

At the start of broadcasting in 1994, the distribution of N-Joy via VHF was by far not widespread, as not enough frequencies were available and, moreover, some of the frequencies were previously intended for the introduction of local radio offers and therefore only designed for lower transmission powers were. For this reason, N-JOY was z. B. in the Schleswig-Flensburg district initially broadcast on medium wave at 702 kHz from 6 a.m. to 7 p.m., the rest of the time the NDR 4 station was received on this frequency . The coverage was later expanded and today it is still partially implemented with lower transmission power than the other radio services of the NDR, but with more transmitter locations. However, N-Joy can only achieve the high reception quality of the other NDR programs in the immediate vicinity of the transmitter locations. Take the situation in Schleswig-Holstein as an example : Until the beginning of 2012, the strongest transmitter location was in Kronshagen near Kiel with an output of 15  kW ( ERP ) on the 94.5 MHz frequency, while the output of the other transmitters was only 0.2 kW 5 kW. The Kiel location is the only basic network transmitter in Schleswig-Holstein. The situation in Lower Saxony , Hamburg and Mecklenburg-Western Pomerania was similar. To improve reception in the area between Hamburg, Hanover and Bremen , a new frequency with 30 kW transmission power was adopted by BFBS R1 on January 4, 2012 at the Visselhövede transmitter mast ( Rotenburg / Wümme district ) . Since then, 400,000 more households have been able to receive N-Joy without interference. Since January 2016, N-Joy has also had the strong 93.0 MHz frequency with 40 kW in the Braunschweig area.

Since the middle of May 2010, N-Joy has been using the dynamic RDS-PS function via the RDS service and thus transmits the song being played and the associated artist.

The territories used by N-Joy since intrusion of the notice loop in March 1994 analogue audio subcarriers on the Astra satellite system (11.464 GHz horizontal, phonogram 7.38 & 7.56 MHz) of previously since March 1, 1993 DT64 / MDR Sputnik been used and were on the transponder of the then pay-TV program from Premiere . After MDR's own satellite transponder went into operation in Leipzig, MDR Sputnik moved there and the way for N-Joy via the Hamburg uplink from Premiere was clear. At that time, however, these parameters were entered as parameters for MDR Sputnik in the planning documents of manufacturers of cable headend technology and numerous small and medium-sized cable networks in Saxony, Saxony-Anhalt and Thuringia were modernized in 1994 and were given a VHF in the belief that they would feed MDR Sputnik -Infeed from N-Joy. The music format, which was otherwise unknown in Central Germany at the time, seemed to please the operators of the respective systems so much that it was mostly left with the cable from N-Joy and MDR Sputnik was later added at most. So for many years - sometimes up to the present day - N-Joy could be received by cable on VHF far from its actual transmission area, for example in local cable networks in Saxony.

N-Joy was also very popular in Austria due to its analog and uncoded broadcasting via an Astra satellite . N-Joy's music format was unique until the end of the 1990s and there was no comparable alternative in Austria. Almost all cable networks had the station in their programs, and the program could also be heard in many shops, bars and cafes. There are also said to have been cases in which music freaks tried to broadcast the station illegally terrestrially using self-made mini FM transmitters.