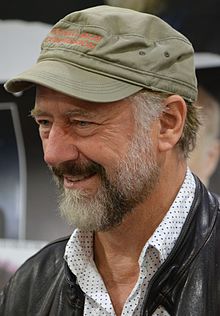 During his time at Hampshire College , Berkeley played in the theaters of the colleges that formed an association with Hampshire. He then played on regional stages and repertory theaters as well as off-Broadway. His participation in the play "Early Dark" gave him the opportunity to go to Hollywood. There he established himself as a supporting actor in numerous television series and movies, including appearances in M * A * S * H , Remington Steele , Miami Vice and Das A-Team . He later appeared in guest roles on the X-Files , Emergency Room, and Law & Order . He recently received a lot of attention from the successful American series The Mentalist , in which he played Sheriff Thomas McAllister.

In theatrical productions, Berkeley made appearances in Terminator 2 , Apollo 13 , Gattaca and Air Force One . In many of his roles he portrayed unsympathetic characters or villains. 2001 Berkeley was seen as head of the anti-terrorist unit in 24 ; In 2010 he was part of the cast of the series Nikita . In addition to performing roles, he also worked as a voice actor.

Xander Berkeley is married to actress Sarah Clarke , whom he met while filming the television series 24 (she played Nina Myers ). He is also active as a sculptor and painter as well as a make-up artist. 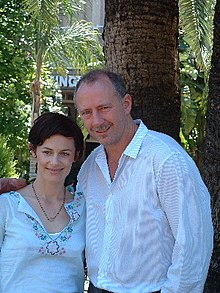