Thornton had his first television role in the NBC - sitcom Kiss' me, John alongside John Ritter and Markie Post . He was first noticed by critics when he slipped into the role of a villain in One False Move . He had minor roles in the films Indecent Proposal , On Deadly Ground and Tombstone .

In 1996 he wrote the film Sling Blade , which he directed and also starred in. This is an extension of the short film Some Folks Call It a Sling Blade . It's about a mentally handicapped named Karl Childers. This film made him a star: Thornton won an Oscar for the script , and he was also nominated for Best Actor. In 1997 and 2002 he won a Chlotrudis Award for Best Actor .

His German dubbing voices are mostly Joachim Tennstedt or Gudo Hoegel , in the Fargo series he is voiced by Stephan Benson .

Billy Bob Thornton is married for the sixth time. From 1978 to 1980 he was married to Melissa Lee Gatlin. He has a daughter with her. In 1986 he married the actress Toni Lawrence. The couple separated in 1988. From 1990 to 1992 Thornton was married to actress Cynda Williams . In 1993 he stepped in front of the altar with the Playboy model Pietra Dawn Cherniak. The couple separated in 1997. This marriage resulted in two sons. From 2000 to 2003 Thornton was married to the actress Angelina Jolie , to whom he dedicated the song Angelina .

On October 22, 2014, he married his longtime partner Connie Angland. The couple have a daughter born in 2004. 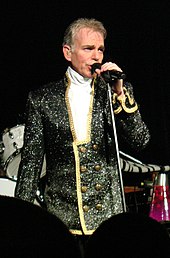