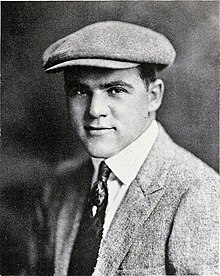 As head of Hal Roach Studios , based in Culver City , he produced over 1,200 films and television programs, almost exclusively comedies, from the 1910s to the 1960s. His breakthrough came with the short films with Harold Lloyd , and later he produced well-known film series such as those with Laurel and Hardy or the little rascals . Roach's films were distributed in cinemas by Pathé Exchange from 1915 to 1927 , then by Metro-Goldwyn-Mayer and from 1938 by United Artists . The Hal Roach Studios were also known as Hollywood's Laugh Factory (German: "Lachfabrik") or more often thanThe Lot of Fun (pun: great fun / fun plot). For his life's work, Roach was awarded an honorary Oscar in 1984 and the Berlinale Camera in 1992 .

Hal Roach was born near New York to a family of Irish descent . Across the United States, he initially worked in a wide variety of professions, from gold prospector in Alaska to truck driver. Finally, in 1912 he came to Hollywood, the then still young center of the US film industry, where he appeared as an extra in films. However, after only a few films he suspected that he would hardly be successful as an actor. Instead, he gained experience behind the camera as a film assistant for a while . An inheritance of $ 3,000 finally enabled him to set up his own film studio with business partner Dan Linthicum in 1914. The Rolin company ( Ro ach / Lin thicum) relied entirely on Roach's good friend Harold Lloyd as the main actor, but he did not have any commercial success with the short film comedies around the character Willie Work .

From 1915 Lloyd played the character of the Lonesome Luke , like the previous creation one of the many Chaplin copies of the time, and they began to be in the black. But it was not until Lloyd and Roach developed their own figure - the daring adventurer with circular horn-rimmed glasses, a straw hat and the conventional suit of a young employee - that great success was to come. Regular performers on the Lloyd comedies, Bebe Daniels and Snub Pollard also became early stars of the studio. The second comedian after Lloyd to get his own short film series on Roach was Toto the Clown in 1918, whose real name was Armando Novello. However, this soon gave the producer the pass, so that the last five one-act plays with the still largely unknown comedian Stan Laurel were shot in order to fulfill the contract with the film distributor Pathé . In his early films, Roach was often involved as a director or screenwriter in addition to his work as a producer. In later years he only directed occasionally, for example in larger film projects such as Hands up - or not (1933). 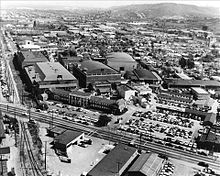 In 1919 Roach built his 58,680 m² Hal Roach Studios (with which the name Rolin also became obsolete) on a site in Culver City . The length of the Lloyd films doubled from one-act to two-act, until the first feature-length film Grandmother's Favorite came out in 1922 . With skyscrapers, of all things! Roach and Lloyd celebrated their greatest success to date in 1923 and Roach was able to outdo its long-term competitor, comedy producer Mack Sennett . By this time Harold Lloyd had risen to become the box office comedian of the silent movie era alongside Charlie Chaplin . That same year he left Hal Roach Studios to work more independently, but he and Roach remained good friends until Lloyd's death in 1971. In the silent film era, other well-known comedians such as Stan Laurel (solo), Snub Pollard , Will Rogers , the brothers James Parrott and Charley Chase , James Finlayson , Max Davidson and Mabel Normand made their films with Hal Roach; Chase, Harry Langdon , Thelma Todd , ZaSu Pitts and Patsy Kelly were among the roach stars of the sound film era . But not only humans were used in Roach's films, he also had a number of animal film comedies shot ( The Dippy-Doo-Dads , Rex the Wonder Horse ).

The little rascals , which were successful in the cinemas from 1922, became famous . Roach got the idea for the film series in 1921 while watching children in front of his studio arguing over a piece of wood. For Roach and his director Robert F. McGowan , it was important for the little rascals to capture a more natural and not - as usual - artificial behavior of the children. He had African American kids play with white kids on the show, which sparked a lot of complaints and protests from viewers.

In 1927 Roach noticed that actors Stan Laurel and Oliver Hardy worked well together on screen. He therefore brought the two together as a dumb duo Laurel and Hardy ("Dick and Doof"). They soon became the most successful comedian duo in film history and had a great influence on later comedians with their famous gags. Roach gave Stan Laurel, the creative head of the duo, a lot of freedom, and Laurel was not only an actor, but often also a co-director, screenwriter and co-producer of his films - although without ever being mentioned in the credits . In 1932 Laurel and Hardy brought in the first Oscar with the short film Der grubende Klaviertransport Roach . He received a second Oscar in 1937 for the comedy Bored of Education with the little rascals.

Due to the changed public taste, Roach, who had previously mainly made short films, had to switch to feature films in the mid-1930s. The last short film with Laurel and Hardy was made in 1935, while Charley Chase had to take his hat off the following year. When the feature film General Spanky (1936) flopped with the little rascals, Roach sold the series to MGM at the end of the 1930s, as the short films of the little rascals were hardly profitable anymore. In 1940 Laurel and Hardy left the studios after the film On the High Seas because from the mid-1930s onwards there had been artistic differences between Roach and Stan Laurel. Instead of comedians, Roach now mainly relied on popular film stars such as Cary Grant , who played a ghost in the 1937 comedy Topper - The blonde ghost . He has now also produced a number of films outside of the comedy genre, such as the adventure film Tumak, the Lord of the Jungle (1940) with Victor Mature and the drama Of Mice and People (1939) with Burgess Meredith and Lon Chaney junior . From 1941 Roach produced a number of comedies, each about three quarters of an hour running, which were expressly designed as part of Double Features . Roach called these films, which were neither full-length nor short, “Streamliner”; the first of these, Tanks a Million , was also the prelude to a series of military outfits starring William Tracy and Joe Sawyer .

In 1937 Roach had planned to set up a production company called "RAM" (Roach and Mussolini) with Vittorio Mussolini - the son of the Italian dictator Benito Mussolini . It was only when his business partners protested against this connection that he gave up the plan. His daughter later defended her father that he was by no means politically fascist, but rather politically disinterested, so that he had little idea of ​​Mussolini's machinations. During the Second World War Roach became a member of the United States Army Signal Corps and from 1943 made his Hal Roach Studios available as a site for the US Army, where a number of propaganda and military films have now been shot. Roach had previously produced comedies that ridiculed the Nazi regime and its allies like Mussolini as idiots, starting with the "Streamliner" The Devil with Hitler (1942).

After the Second World War , Roach was initially unable to build on his old successes. His first post-war films, which were released from 1947, were financial failures, also because he was the first producer to shoot all of his films in color (which was still more expensive at the time). Finally, television came to his rescue, and he was one of the first to discover it for himself. He has produced numerous popular television comedy series, including the Abbott and Costello shows, and even helped the forgotten Buster Keaton make a comeback on his television programs . As early as 1951 he was producing around 1500 hours of television, also because he was able to fall back on old successful films with Laurel and Hardy as well as the little rascals, which brought it to new popularity on television.

In 1955 Roach handed over the studio management to his son Hal Roach Jr. (1918–1972), who, however, did not have the financial talent of his father. Roach Jr.'s grand plans all failed and he lost the studio to creditors. After the last film was shot in 1961, the Hal Roach Studios were demolished in the summer to make way for new commercial buildings.

As a registered company, the Hal Roach Studios still exist today, primarily as a user of rights to the old film archive. Hal Roach senior was able to live well financially from these rights in old age. In total, by 1966, he had produced over 1200 film and television programs. As one of the last eyewitnesses to Hollywood's early days, he gave numerous interviews in old age. He attended talk shows like Late Night with David Letterman and the Tonight Show . He was also one of the first to come up with the idea for pay-TV , but did not realize it himself. In 1984, George McFarland and Jackie Cooper awarded him the Oscar of Honor . At the age of 100, a few months before his death, Roach attended the 1992 Berlinale as a guest of honor and received a Berlinale camera . 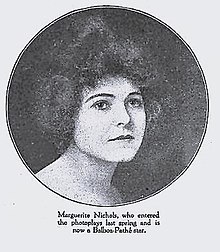 Hal Roach was married twice. His first marriage to actress Marguerite Nichols (* 1891) lasted from 1915 until her death in 1941. The couple had two children. From 1942 until her death in 1981 Roach was married to the secretary Lucille Prin (* 1913), with whom he had four children. Roach survived three of his six children. He died in 1992, two months before his 101st birthday, as a result of pneumonia. He was buried in Woodlawn Cemetery in his hometown of Elmira .

Compared to other Hollywood studios, Roach gave his comedians a lot of freedom so that they could freely develop their talents and creativity. For example, they were allowed to participate as gag writers and screenwriters in their films, which Harold Lloyd , Stan Laurel and Charley Chase in particular made intensive use of and thus also had a share in the success of their films behind the camera. Roach relied on the use of slapstick in his films , because he saw it as universally witty humor, but story and psychological coherence were also important to him. For this reason, according to his own statement, he did not consider Mack Sennett , the king of pure slapstick, to be his greatest competitor, but Al Christie .

With Laurel and Hardy

With the little rascals

About the life and work of Hal Roach, the way he works in his studios, his stars and competitors, author and director Andreas Baum commissioned ZDF / Arte to write the documentary Hollywood's Fun Factory: When the Pictures Learned to Laugh (English title: The Lot of Fun: Where the Movies Learned to Laugh ). In addition to numerous film clips, it shows many unpublished photos, documents and interviews with Hal Roach and family members as well as with friends and comedians as well as rare private recordings. The documentation is also available as a Director's Cut with bonus material on DVD .