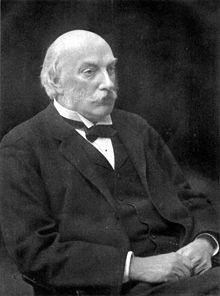 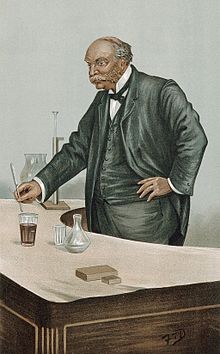 As a child, Strutt was of a weak constitution, so his school visits to Eton and Harrow were short-lived. He showed the first signs of a certain mathematical talent at the Reverend Warner's boarding school, where he was being prepared for university attendance. In 1861 he went to Trinity College , Cambridge to study mathematics.

After graduation, he received a scholarship from Trinity College from 1866 to 1871. In 1872 he had to leave the country because of a rheumatic attack, he traveled to Egypt and Greece. On his return a year later, his father died and Strutt traditionally had to take over the family's farm, which he handed over to his younger brother in 1876.

Now he could devote himself fully to the natural sciences again. In 1879 he followed James Clerk Maxwell as Professor of Experimental Physics and Head of the Cavendish Laboratory in Cambridge. In 1886 he was elected a corresponding member of the Göttingen Academy of Sciences . From 1887 to 1905 he was a professor at the Royal Institution of Great Britain .

He married Evelyn Balfour in 1871, sister of the future Prime Minister Arthur Balfour, 1st Earl of Balfour . The couple had three sons, the eldest of whom, Robert John Strutt , also became a physicist. Strutt died in 1919.

Strutt initially conducted research in the fields of optics and vibration theory , which he dealt largely with mathematics. Later he expanded his interests so much that he covered almost the entire field of physics: electricity , thermodynamics , wave theory and statistical physics .

Strutt prepared Sir William Ramsay's work in the field of noble gases. In 1892 Strutt reported that "nitrogen" obtained from air has a greater density than nitrogen obtained from nitrogen compounds. Ramsay then experimented with atmospheric nitrogen and found the noble gas argon . Strutt and Ramsay continued to work together from 1884 to 1885 on the characterization of atmospheric gases.

Strutt explained the blue color of the sky on the basis of the scattering of light by small particles ( Rayleigh scattering ).

Strutts Collected Papers were published in six volumes by Cambridge University Press between 1899 and 1920. His work on liquid droplets contained therein served Niels Bohr as inspiration for his theory of nuclear fission, published together with Archibald Wheeler . His treatises are pleasantly characterized by clarity and mathematical elegance and are still relatively easy and rewarding to read today.

In 1907 Strutt developed the duplex theory , which contributes significantly to understanding the process of natural hearing in humans.

In 1904 Strutt received the Nobel Prize in Physics for determining the density of the most important gases and for discovering argon .

The Rayleigh crater is named after him.