BAE Systems plc (British Aerospace Electronic Systems) is a British multinational defense , information security and aviation company and was the third largest defense company in the world by sales in 2018. The British company is based in London , UK and employs 82,500 people worldwide. In addition to arms production, the group is also active in the aerospace industry.

Hawker Siddeley Aviation , which became part of British Aerospace in 1979, has been the manufacturer of the wings of all Airbus aircraft since the start of the project (1970), even without a share in Airbus. Since 1979 British Aerospace, later BAE Systems, held twenty percent of the European aircraft manufacturer Airbus Industrie and from 2001 to 2006 in its successor company Airbus SAS.

In 2005 the group significantly expanded its narrow range of land vehicles with the takeover of the tank manufacturer Alvis . In the same year, the group strengthened its position in the USA by taking over United Defense . In total, the company had sales of more than fifteen billion US dollars in 2005, about forty percent of which in the USA . The group is the only non-American defense company that is one of the ten largest suppliers to the Pentagon . 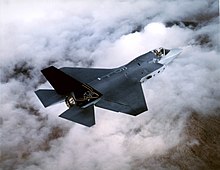 Since the beginning of 2004 it has been reported that the company was planning a merger with Boeing or Lockheed Martin. While neither BAE nor Lockheed Martin commented on these reports, Boeing denied them, stating that BAE's stake in Airbus led to a conflict of interest. In November 2004, the Financial Times reported that EADS was showing an interest in BAE's Airbus shares . On April 7, 2006, BAE confirmed negotiations with EADS to sell its British Airbus shares. On September 6, 2006, it was finally announced that EADS had acquired the shares for 2.75 billion euros.

In May 2007 the group took over the US manufacturer "Armor Holdings". The purchase of the manufacturer of military vehicles and armor cost 4.1 billion US dollars.

Since 2004, BAE Systems has been under investigation for possible illegal arms deals. The group is said to have paid bribes to Saudi Arabian diplomats, politicians and business people in order to secure arms contracts. After the investigation was partially closed in December 2006 for reasons of national security, allegations have been raised that this was done at the express direction of the government. In June 2007, investigations into BAE Systems began in the United States. However, final results are still pending.

A planned merger with EADS, the largest defense company in the world by then, failed at the beginning of October 2012. The states involved could not have agreed on a joint approach, whereupon both companies broke off negotiations. EADS blamed the German government for the failure.

In December 2016 it was announced that BAE Systems was setting up a joint venture for aircraft maintenance with the US defense manufacturer Northrop Grumman . In addition, BAE Systems signed a contract with Northrop Grumman in October 2016 for around US $ 618 million for the production of 5 to 7 missiles with the Advanced Precision Kill Weapon System. These are equipped with WGU-59 / B guidance units in order to equip the missiles with semi-active laser guidance.

BAE CS&S is responsible for the support of military products. This includes maintenance, repair and modernization of products from BAE as well as from other manufacturers during their entire service life, especially aircraft. BAE CS&S also has two subsidiaries:

BAE Land Systems ( Royal Ordnance until 2004 ) is responsible for land-based military products. These include tanks , missile systems , armored vehicles, firearms, warheads and electronic systems. The range was significantly expanded in 2005 with the takeover of the tank manufacturer Alvis Vickers .

BAE Naval Systems has united the shipyards within BAE since 2003 . The focus was on the two locations on the River Clyde in Govan (former Kvaerner shipyard ) and Scotstoun (formerly Yarrow Shipbuilders ). In close connection with BAE Naval Systems are:

Together with these two divisions, BAE Naval System is the largest manufacturer of warships outside the United States .

BAE Regional Aircraft produced the BAE 146 and other aircraft up to 2001 , all of which were built exclusively in Great Britain along with all individual parts. Since the end of production, BAE Regional Aircraft has mainly been active in the maintenance and repair, but also in the modernization of aircraft that have already been delivered. This subsidiary also maintains its own aircraft that are leased to airlines.

BAE Shared Services is responsible for group administration and IT, but also offers these services to other groups around the world.

Participations in other groups

BAE Systems currently has a very strong position in the world market. The group has its own projects as well as large shares in joint venture productions. The following list is only a selection of a few important projects: