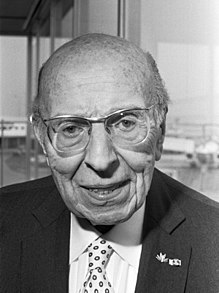 Robert Stolz was the twelfth child of the composer and music director Jakob Stolz and his wife Ida Stolz , nee. Bondy, a pianist and music teacher. He studied music in Graz, Berlin and Vienna. In 1896 he passed the state examination for music. In 1897 he became opera coach at the Graz Municipal Theater , then Kapellmeister in Marburg an der Drau and in 1902 at the Salzburg City Theater . 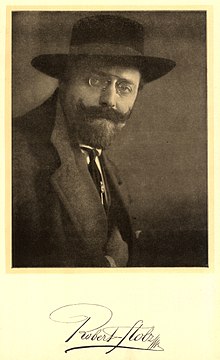 There he made his debut as a composer on March 3, 1903 with the operetta Schön Lorchen . After an engagement at the Deutsches Theater in Brno - he conducted his farewell performance on May 29, 1907 - he was musical director at the Theater an der Wien from 1907 to 1917 . From 1914 to 1918 he did military service, including as Kapellmeister in the Kuk Infantry Regiment Hoch- und Deutschmeister No. 4 . During his activity as musical director at the Theater an der Wien, he also conducted premieres of musical stage works by contemporary composers. This included the world premiere of the operetta Der Graf von Luxemburg by Franz Lehár on November 12, 1909.

When his attempt to set up his own theater failed due to the immense costs imposed by official requirements, he went to Berlin in 1924. In 1925 the comedian's operetta Märchen im Schnee was performed here in the cabaret . In 1924, the short-lived Robert Stolz stage opened in Annagasse ( St. Annahof (Vienna) ). From 1926 Robert Stolz lived in Vienna again. He wrote over 60 operettas as well as numerous film music , hits a . a. and is considered the last master of Viennese operetta . Many pieces from his works are known and loved to this day, e.g. B. In the Prater bloom again the trees , Salome , Auf der Heide bloom the last roses , In my Father's house is a lime tree , the whole world is sky blue , My Love Song must be a waltz , bye, my little Guards officer , Vienna becomes beautiful only at night etc. His excursions into serious music remained the one-act opera Die Rosen der Madonna and his song cycle 20 Flower Songs (op. 500).

After the National Socialists came to power in 1933, he secretly took several Jews and politically persecuted people to Austria on 21 trips, hidden in the back of his large limousine. According to his own statements in 1938 (according to others not until 1939), after Austria's "annexation" to Germany, he left his home country because of his negative attitude towards National Socialism . As he remembered, he came to Paris via Zurich , from there he emigrated with his now fifth wife, " Einzi ", via Genoa to New York . Thanks to its continued unabated composer Robert Stolz activity was that in the USA the war years spent there during the time of his emigration for a film music Oscar nominated for It Happened Tomorrow ( It Happened Tomorrow , 1944); Stolz was nominated in the “Best Song” category for the song Waltzing in the Clouds , composed for Spring Parade (1941) . On March 28, 1942, he was expatriated from the German Reich and his property was confiscated after he had turned down all offers from the German Reich to return to Germany "in honor".

In 1946 Robert Stolz returned to Vienna and continued his work as a composer and conductor. In 1952 he began to deliver the music for the legendary Wiener Eisrevue . With Die Ewige Eva (alluding to the Viennese figure skating European champion Eva Pawlik ) he created the first of 19 ice operettas . In 1960 he composed and conducted the Austrian contribution to the Grand Prix Eurovision de la Chanson , the song "Du hast mich so fascinated" (Stay) sung by Horst Winter in London.

Robert Stolz was married five times, first with the singers Grete Holm and Franzi Ressel , with Josephine Zernitz , with his fourth wife Lilli and finally in his fifth marriage with Yvonne Louise Ulrich , called "Einzi" (1912-2004), who also worked as a manager up occurred to his death. She had a daughter from her first marriage. After Robert Stolz's death, Einzi founded the Robert Stolz Society, wrote his biography and awarded numerous artists (including: Udo Jürgens , Milena Rudiferia, Hans-Erich Halberstadt and Klaus Eberle, director of the Grazer Salonorchester ) the Robert- Certificate of pride "for great service to the care and promotion of his works".

He was buried on July 4, 1975 with the participation of tens of thousands of mourners in a grave of honor in the Vienna Central Cemetery (group 32 C, number 24) in the immediate vicinity of the presidential crypt. His last wife, "Einzi", rests at his side. She died on January 18, 2004 in Vienna. 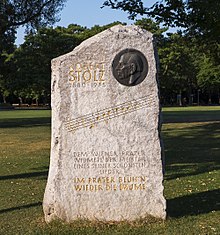 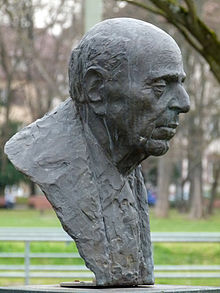 Postage stamp of the Deutsche Bundespost Berlin from 1980

Numerous streets and squares in Germany and Austria bear his name. Thus, in 1978 in Vienna, Inner City (1st district), the Opera Ring of Robert Stolz place named after him, in u. a. There is a Robert-Stolz-Straße in Augsburg , Düsseldorf , Nuremberg and Wiesbaden .

In Lower spa gardens of Stuttgart-Bad Cannstatt is his bust; Before the First World War, Pride was a conductor here at times.

There is a Robert Stolz Society in Austria , and Robert Stolz Associations have also been founded in Great Britain, France, Belgium, Australia, Japan, Uruguay and South Africa.

While Robert Stolz was still alive, the American writer Aram Bakhsian jr. to record the memories of Robert and "Einzi" Stolz. During his numerous visits to Vienna he had conversations with the Stolz couple and used them together with tape recordings for his Robert Stolz biography “Servus, Du” (English title “The Barbed Wire Waltz”), which is also available as a paperback under the title “ The whole world is sky blue ”has appeared. However, it has been proven that this work is incorrect in many details and that it was exclusively written by Einzi Stolz from 1946 onwards.

The Styrian Brass Music Association awards the Robert Stolz Prize as an award for brass bands that meet certain requirements.

The Vienna Philharmonic opened the New Year's Concert, conducted by Mariss Jansons, on January 1, 2016 with the UN March by Robert Stolz.

In 2020, the city of Graz announced that it would build a museum for its big son by 2021, after an earlier facility that was set up in Stolz's birthplace on Mehlplatz in 1991 has not existed for a long time. The special feature of the new project is the integration of the exhibition into an urban senior citizen facility as a "cross-generational museum".