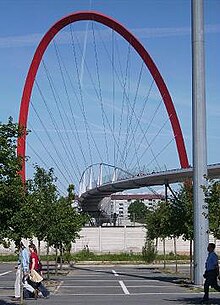 At the 37th Chess Olympiad 2006 in Turin 148 teams (including Italy B and Italy C) played in the open group. Below is the final score as a complete progress table. All teams were housed in the Olympic Village (Turin) in 2006, at the highest IOC standards . The press, gastronomy, medical care and FIDE were also located in the World Chess Center . The game rooms for the Chess Olympiad and Open tournaments could be reached on foot in 5 minutes. 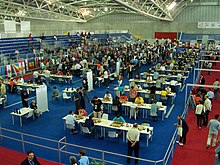 See the final score below as a complete progress table .

The teams from Armenia (36 board points), China (34) and the United States (33) came in first three places.

Final score of the open group

The Chess Olympiad is a team tournament. In Turin 13 rounds were played according to the Swiss system. In the Swiss system, teams of the same rank are drawn from one another. Each team (team) could use four players per team fight. Four individual points (board points) are awarded per team fight, which are indicated in the following table of the 13 rounds under the code of the opposing team. The code is a short key for the teams. The result of a team fight are the team points (win = 2, draw = 1, loss = 0). In addition, the numbers of won, undecided and lost fights are listed (+ = -).