Logo of the 2008 Chess Olympiad

The 2008 Chess Olympiad was a team tournament in chess that took place from November 12th to 25th, 2008 in Dresden . It was about the 38th  Chess Olympiad of the World Chess Federation FIDE .

Overview and regulations of the "Reform Olympiad"

The venue was the congress center . Since the end of February, a banner on the tower of the New Town Hall advertised the Chess Olympiad.

The Olympics brought a number of changes compared to the earlier tournaments, so there was talk of a “Reform Olympics”. Each team consisted of four players and one substitute player, previously two substitutes were allowed at the Olympics. 11 instead of the previous 13 or 14 rounds were held in the Swiss system . The draw mode has been changed in order to avoid excessive differences in skill levels in the first few rounds. The teams in the first half of the seeding list received two team points added up in the first two rounds, and it was only after the third round that the actual number of points was drawn. For the first time, the team points were used as the basis for the initial evaluation; in the event of a tie, the Olympiad-Sonneborn-Berger evaluation was used.

The players had to be present on the board at the official start of the round, otherwise the game was immediately counted as lost. This happened five times during the tournament. The rule is to apply to all tournaments in the future. Another new feature was that no draw could be agreed during the first 30 moves. The time to think about it was 90 minutes for 40 moves and 30 minutes for the rest of the game, plus 30 seconds per move.

The main judge was FIDE General Secretary Ignatius Leong from Singapore. A total of 110 referees were on duty.

A total of 1270 players (548 women and 722 men) from 141 countries started. They competed in 257 teams, of which 111 women and 146 open teams (also known as "men's teams", although women were allowed to be set up there). Of these, 318 were Grand Masters (253 GM and 65 WGM), 266 International Masters (176 IM and 90 WIM) and 175 FIDE Masters (91 FM and 86 WFM). Germany competed as the host with three teams each in the women's and open areas. One team each was provided by the International Braille Chess Association (IBCA, Blind Chess ), the International Committee of Silent Chess (ICSC) and the International Physically Disabled Chess Association (IPCA). The teams from Gabon, Madagascar and Montenegro made their debut.

The team with the highest rating (2756) was Russia in the line-up Vladimir Kramnik , Pyotr Swidler , Alexander Grischuk , Alexander Morosewitsch and Dmitry Jakowenko . 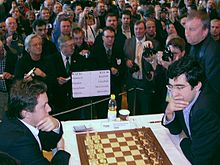 The players of the German national team under the national coach Uwe Bönsch were Arkadij Naiditsch , Igor Khenkin , Jan Gustafsson , Daniel Fridman and David Baramidze in the open tournament as well as Elisabeth Pähtz , Ketino Kachiani-Gersinska , Marta Michna , Melanie Ohme and Sarah Hoolt in the women. Christopher Lutz was responsible for preparing the opening .

The German Chess Federation was able to have a second team participate as the host; Here so-called youth Olympic teams made up of talented young players were nominated: Georg Meier , Arik Braun , Falko Bindrich , Sebastian Bogner and Niclas Huschenbeth played as Germany 2 in the open tournament and Judith Fuchs , Maria Schöne , Hanna Marie Klek , Anna Endress and Manuela Mader in the tournament of the Women. In order to allow an even number of participants, a third German team could play. It consisted of Rainer Buhmann , Michael Prusikin , Alexander Naumann , Julian Jorczik and Andreas Heimann in the open tournament and Elena Winkelmann, Claudia Steinbacher , Franziska Beltz, Sandra Ulms and Filiz Osmanodja in the women.

In the open tournament, Armenia won the title - for the second time in its history after 2006. For the last round, President Serzh Sargsyan traveled to Dresden, who was also chairman of the local chess association. Second place went to Israel and third place to the USA .

In the women’s tournament, Georgia won a tight decision because of the better second ranking against Ukraine . The USA team won the bronze medal.

The after former world champion Nona Gaprindashvili named Gaprindashvilicup for the best combined result of the men's and women's teams of a country won the Ukraine .

Gold medals for the best board result went to the men Péter Lékó (Hungary, board 1), Wladimir Hakobjan (Armenia, board 2), Gabriel Sarkissjan (Armenia, board 3), Dragiša Blagojević (Montenegro, board 4) and Dmitri Jakowenko (Russia, Board 5). For the women, the board prizes went to Maia Tschiburdanidze (Georgia, board 1), Anna Zatonskih (USA, board 2), Nadeschda Kossinzewa (Russia, board 3), Joanna Majdan (Poland, board 4) and Natalia Zdebskaja (Ukraine, board 5 ).

The costs for the Chess Olympiad amounted to around four million euros, of which 2.34 million euros were covered by sponsorship money. More than 60,000 euros were raised through the sale of over 13,000 spectator tickets. The Dresden hotel owners registered almost 26,000 overnight stays at the Olympics.