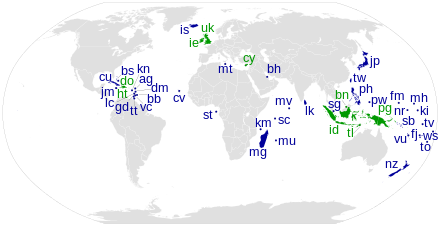 An island state is a state that consists of one or more islands or parts of islands and does not belong to any part of the land area of a continent . Island states are different from landlocked and coastal states .

Not all island states are completely isolated. The following list comments on those who have a land border .