from Wikipedia, the free encyclopedia
This is the spotted version , flagged on July 15, 2020 . There are 2 pending changes that have yet to be viewed. 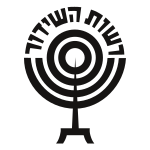 Israeli Public Broadcasting Corporation / IPBC (internationally used name of Hebrew in Israel תאגיד השידור הישראלי; / Ta'agid ha-Shidur ha-Jisre'eli ) started on May 15, 2017 with new channels and programs under the brand name Kan ( Hebrew for "here"), the successor to the dissolved Israel Broadcasting Authority / IBA ( was the internationally used name of the Hebrew in Israel רָשׁוּת הַשִּׁדּוּר / Raschut ha-Shiddur , the former radio and television authority). It was the state broadcaster in Israel from 1965 to 2017 . It operated all of the country's public radio and television programs, up to and including the radio station Kol Jisra'el (German: "Voice of Israel") and the TV station Ha-Arutz ha-Rischon ( Channel 1 , English: Channel 1 ).

The origin of the broadcaster was the radio station of the British administration of the League of Nations Mandate for Palestine, which had been operating in Ramallah in three languages since 1936 . The English station name was Jerusalem Calling . Broadcasts in Hebrew used the station name Kol Jeruschalajim (German: "Voice of Jerusalem") and the name Iza'at al Quds (German: "Radio Jerusalem") for Arabic broadcasts .

With the reading of the Israeli declaration of independence on May 14, 1948, the day the state of Israel was founded, Kol Jisra'el (German: "Voice of Israel") began operations. Only two years later, Kol Yeruzhalayim was merged with Kol Yisra'el . In 1951, Kol Jisra'el was renamed the Israel Broadcasting Service . From 1957 the broadcaster was a full member of the European Broadcasting Union , whereupon the state radio of the United Arab Republic , an amalgamation of what is now Egypt and Syria , withdrew from its active membership for the time being.

Dissolution of the Israel Broadcasting Authority

In 2014, plans became known to replace the institution with a successor with leaner structures. Because the IBA seemed too bureaucratic and expensive to her, and it employed considerably more staff than necessary, the Knesset decided to dissolve it by law in 2015. A total of 2000 employees had recently cost taxpayers the equivalent of more than 250 million euros a year. The radio was considered successful, but television ratings were only around three percent.

Notwithstanding the ongoing disputes about the goals and structure of the reform and the resulting delays in establishing a successor, a government commissioner appointed as bankruptcy trustee ordered on May 9, 2017 that current television programs should be discontinued within a few hours. The last program broadcast by the IBA was the Eurovision Song Contest 2017 . During the broadcast, Ofer Nachshon, as the station's spokesman for the Israeli jury, announced that operations would cease following this broadcast. There was only an emergency manning of twenty employees at the station. Journalists criticized the decision as extremely short-term and suspected that the government under Benjamin Netanyahu wanted to get rid of the station's critical reporting and gain greater control over the media.

On May 15, 2017, the IPBC took over the tasks of the IBA. The IPBC is financed from the state budget and no longer through license fees like the IBA. Eldad Koblenz and Gil Omer were appointed chairman and general director of the agency in 2015. 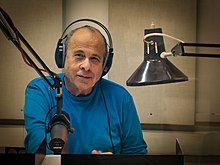 Former TV programs of the IBA

From 2000, an Internet service was operated on www.iba.org.il, which most recently had numerous services such as news and on-demand television programs.

As of May 15, 2017, there is only one page in Hebrew that announces the closure of the institution: