Formic acid (according to the nomenclature of the IUPAC formic acid lat. Acidum formicum of formica , ant ') is a colorless, corrosive and water-soluble liquid, which is used in nature in many living beings for defense purposes. With the semi-structural formula HCOOH, it is the simplest carboxylic acid and the shortest-chain alkanoic acid ; the carboxy group  (–COOH) determines its properties particularly strongly. The carbon atom has an oxidation state of +2. It can therefore act as a hydride transfer analogous to the carbonyl compounds , hence its reducing effect. The salts of formic acid are called formates (systematically also methanoates ) and have the semi- structural formula (HCOO) n M, where n corresponds to the valence of the metal ion. Examples of formates are sodium formate , HCOONa, and aluminum formate , (HCOO) 3 Al. The esters of formic acid are also called formates.

In the early 15th century, some alchemists and naturalists observed that certain ants (species belonging to the group of scale ants ) secrete an acidic liquid. 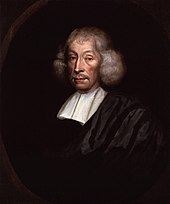 John Ray was the first to isolate formic acid in 1671.

The English naturalist John Ray was the first to isolate formic acid in 1671 by distilling large numbers of ants . In 1792 the doctor Christoph Girtanner wrote the following text about the extraction of formic acid:

“The formic acid is obtained by distillation from the large ants ( Formica rufa ). Ants are distilled over a gentle fire, and the formic acid is obtained in the template. It makes up about half the weight of the ants. Or you wash the ants in cold water, then lay them on a cloth and pour boiling water over them. If you squeeze the ants gently, the acid becomes stronger. To purify the acid, it is subjected to repeated distillation, and to concentrate it, it is allowed to freeze. "

The French chemist Joseph Louis Gay-Lussac was the first to synthesize formic acid from hydrogen cyanide . In 1855 another French chemist, Marcellin Berthelot , invented the synthesis from carbon monoxide , which is still used today. For a long time, formic acid was of little technical importance. In the late 1960s, significant amounts of formic acid were produced as a by-product in the synthesis of acetic acid . Only later was formic acid used on a larger scale. It was now no longer just obtained as a by-product, but specifically produced synthetically.

Formic acid is widespread in nature. It is used by many plant and animal species, especially by voices , as a component of poison mixtures for defense and attack purposes.

In the stinging hairs of the nettles there is a nettle poison that contains, among other things, formic acid and sodium formate.

In the human body formic acid formed in addition to formaldehyde in the metabolism of methanol . Formic acid is easily biodegradable.

Traces of formic acid in space were detected spectroscopically. In the shell ( coma ) of the comet Hale-Bopp , in 2000 by D. Bockelée-Morvan and others, 0.09% formic acid (based on water = 100%) was used for the first time in addition to other organic compounds such as hydrocyanic acid, acetonitrile, methanol or methyl formate. found. There are two theories for the formation of these compounds: either the compounds were originally located in the nucleus of the comet and flow out of there, or they arise from gas phase reactions in the coma. According to simulations, however, the former is likely due to the distributions.

The historical isolation of formic acid from dead ants is no longer carried out today. In the chemical industry, formic acid is usually produced using the process invented by Marcellin Berthelot in 1855. The synthesis is divided into two process steps:

Sodium hydroxide reacts with carbon monoxide at about 6–8 bar and 130 ° C to form sodium formate .

Formic acid is also produced from methanol with the help of carbon monoxide , among other things . Here, too, two procedural steps are carried out. Methyl formate is produced as an intermediate. In the end, methanol is recovered, which can be used again as a starting product for this synthesis :

At 80 ° C and 40 bar, methanol reacts with carbon monoxide to form methyl formate .

Because the hydrolysis of methyl formate would use a lot of water, some formic acid manufacturers use an indirect process with ammonia , which in turn requires two process steps. However, this indirect process has problems because the by-product ammonium sulfate is partially released:

Because of this problem, the manufacturers have developed a new process of direct hydrolysis, in which the formic acid can be separated from the large amounts of water in an energy-efficient manner ( liquid extraction ).

Formic acid occurs as a by-product in the production of acetic acid from light gasoline or n -butane and can also be produced with the help of hydrocyanic acid. There is a second method for production from methanol. Here, methanol is converted to formaldehyde and formic acid. However, these three processes are of little technical importance.

Dimer formation in formic acid due to hydrogen bonds shown in dashed green .

Formic acid is a relatively unstable, colorless, clear and highly volatile liquid. At 8 ° C it solidifies to a colorless solid; it boils at 100.7 ° C. Melting and boiling points are significantly higher than those of organic compounds with similar molar masses ( e.g. propane ), since hydrogen bonds between the individual molecules also have to be broken when they melt and boil . Some of these persist in the gaseous state, which is why formic acid deviates significantly from the behavior of an ideal gas . It forms an azeotrope with water .

Formic acid has a strong and pungent odor. The odor threshold is 1 ml / m 3 . Formic acid can be mixed with water, ethanol and glycol in any ratio. It is also soluble in most other polar organic substances, but only in small amounts in hydrocarbons .

The acid constant (p K s value) is 3.77. It is the strongest unsubstituted monocarboxylic acid . For comparison: hydrochloric acid has a p K s value of −7, sulfuric acid of −3.

The detection of formic acid vapors (e.g. to determine the concentration in the workplace ) can be done with the help of gas detection devices . Otherwise, the formic acid is detected through its reducing effect, usually because it can reduce an ammoniacal silver nitrate solution to silver .

In the presence of oxygen, formic acid burns to carbon dioxide and water. Formic acid is a strong reducing agent because it is also an aldehyde (hydroxy formaldehyde ).

Formic acid decomposes in the presence of conc. Sulfuric acid to water and carbon monoxide .

At higher temperatures and in the presence of a catalyst ( platinum , palladium ) it breaks down to carbon dioxide and hydrogen .

Formic acid reacts with alcohols in the presence of a catalyst (usually sulfuric acid) to form water and alkyl formates.

Until 1998, formic acid was used as a preservative in fish, fruit and vegetable products under the E number E236 , but has since then - in contrast to Switzerland - no longer been approved as a food additive in the EU . The related substances sodium and calcium formate are also no longer permitted as food additives (E237 and E238). In medicine it is used as an anti-inflammatory drug, as well as for the treatment of vulgar warts . A ready-to-use solution containing formic acid is applied to the wart. In the textile and leather industry they are used for pickling and impregnating. Sometimes it is also used as a disinfectant (also in acidic cleaning agents). According to the import regulations of the EU it is z. B. used for certain goods from other EU countries to prevent the spread of animal diseases . It also kills bacteria well. In the chemical industry it is used to neutralize alkaline reaction mixtures. In electronics production, formic acid is used as a reducing agent in the soldering process . It is used industrially for the decalcification of cooling water systems, since the resulting wastewater only contains the harmless calcium formate with a low COD value.

Beekeepers usually use them in a 60% concentration, in strictly indicated exceptional cases up to a maximum of 85% concentration in an aqueous solution to treat the bees against the Varroa mite . In genetics , formic acid can be used in conjunction with the enzyme AP endonuclease to create insertion mutants at random , known as in vitro mutagenesis. In the plastics industry it is used to glue polyamide plastics .

Concentrated formic acid is used to clean raw gemstones because it attacks limestone and other impurities heavily, exposing the gemstone without damaging it. This cleaning process should only be used with acid-resistant gemstones.

Scientists at the Leibniz Institute for Catalysis have experimentally achieved the catalytic release of hydrogen from formic acid even at room temperature. This hydrogen could e.g. B. converted to electricity in fuel cells . This possibility is to be used for small-scale storage of energy. The direct formation reaction of formic acid from hydrogen and carbon dioxide is thermodynamically very limited and the efficiency of the corresponding processes is therefore rather low.

Formic acid can be broken down by the body. Direct contact with formic acid or concentrated vapors is irritating to the respiratory tract and eyes. At concentrations above ten percent, skin contact leads to severe burns and blisters. With long-term exposure, it can cause skin allergies, in extremely high doses as well as chemical burns and necrosis of the oral and pharyngeal mucosa, the esophagus and the gastrointestinal tract, acidosis , unconsciousness, drop in blood pressure, damage to the blood, liver and kidneys as well as pneumonia and damage to the heart cause.

The decomposition of formic acid can produce the breath toxin carbon monoxide . The acid must be stored in a well-ventilated, cool place. Containers in which formic acid is stored must also be closed with a pressure equalization screw connection, since the gases formed during decomposition can generate excess pressure.