Christopher Columbus discovered the archipelago during his fourth voyage of discovery on May 10, 1503, after his ships had drifted off their intended course. Because of the many turtles found there, he gave the archipelago the name "Las Tortugas". The Portuguese cartographer in the service of Spain, Diego Ribero , noticed the numerous lizards, so that he named the islands "Lagartos" on his map of Turin from 1523. In the 17th century the archipelago was named "Las Caymanas" after the pointed crocodiles that also occur there . During this century, the islands were used by various European fleets for freshwater intake and to supplement provisions by catching turtles. The first English arrival was Sir Francis Drake , who landed in the Cayman Islands in 1586 with a fleet of 23 ships.

Little Cayman and Cayman Brac were the first islands in the archipelago to be settled from Jamaica between 1661 and 1671 . However, they were quickly abandoned because of the numerous looting by Spanish privateers. In the Treaty of Madrid of 1670 , Spain recognized English sovereignty over Jamaica and the Cayman Islands. The Caymans remained a base for pirates until the 18th century, including Edward "Blackbeard" Thatch , one of the most famous English pirates of the time.

In the 1730s, the first permanent settlements emerged, the residents of which were mainly farming. The focus was on the cultivation of cotton and sugar cane , where slaves were already used. In 1773 the Royal Navy recorded 39 families, most of which were based in Bodden Town . In 1788, ten Jamaican merchant ships were wrecked off the coast of Grand Cayman en route to England. A member of the English royal family was on one of the ships. In gratitude for the rescue of all the castaways, King George III freed . the archipelago from all taxes and duties.

The Cayman Islands received their first self-government in 1831 with the establishment of five districts and their own legislature. The first seat of government was Bodden Town, located on the south coast of Grand Cayman. Slavery was abolished in 1835 when there were over 950 slaves on the islands. At the beginning of the 20th century, the population was estimated at 5,000. Alongside agriculture, shipping became an important source of income, providing around 20% of jobs. George Town , on the west coast of Grand Cayman, became the new seat of government at the beginning of the century.

When the first cruise ship, the Atlantis, headed for the Caymans in 1937 , the era of tourism began. In 1950 the Englishman Benson Greenall opened the first hotel, and in 1953 the first airfield opened on Grand Cayman. The Cayman Islands and Jamaica formed a joint British colonial area until 1962 and have therefore been on the UN list of sovereign territories without self-government since 1946 . While Jamaica became independent in 1962, the Caymans decided to remain with the United Kingdom as an independent British crown colony .

A separate British governor was installed for the first time in 1971 and a new constitution came into force in 1972. Since 2002 the Cayman Islands are no longer a "crown colony", but a " British overseas territory " and a member of the Caribbean community . The Hurricane Ivan taught 2,004 severe damage to the islands, which could be eliminated until a year later with a special program for the reconstruction.

The top of a subsea mountains, of up to Cuba reaching Cayman back , form the islands. The islands owe their name to the crocodiles living here , which were initially mistaken for caimans . The archipelago consists of the three islands Grand Cayman , Little Cayman and Cayman Brac and is located about 350 km south of Cuba. The islands together have an area of ​​about 262 km², with Grand Cayman being the largest with an area of ​​197 km².

In the north of the island of Grand Cayman between Rum Point and Conch Point is the 80 km² North Sound bay . The bay is shallow, with depths of mostly 1.8 to 3.8 meters.

The territory is divided into seven districts, which are headed by district managers and act, among other things, as electoral districts and as regional units for statistics. Five of the districts are on the main island of Grand Cayman, while the two smaller islands Little Cayman and Cayman Brac each form a district:

1The 2009 population figures of Little Cayman and Cayman Brac are combined into Sister Islands .

The centuries have produced a diverse population that is very proud of the harmony among residents of different origins. About 20% of the population are black, 20% are white, and 40% are mixed. The remaining 20% ​​of the population are immigrants from all over the world. Manners and customs are still shaped by the first settlers in the 18th century who came from the British Isles. The dominant religion is Christianity .

Life expectancy on the island was 81.2 years in 2016 (men: 78.5 years / women: 84.0 years). The median age of the population in the same year was 39.9 years. A woman had an average of 1.85 children over the course of her life. For every 1000 inhabitants there were 12.0 births and 5.8 deaths in 2017. The population is growing at 2% per year due to immigration from other Caribbean islands. The Cayman Islands are an important transit station for Cubans who want to migrate to the United States. Some of these people stay in the Cayman Islands.

Today the capital, George Town, is a tax haven and the fifth largest financial center in the world. Around 200,000 companies are registered on the islands (as of 2013). Most internationally active banks, including the largest German ones, have branches here. In addition, around 40% of all hedge funds are located in the Cayman Islands, making the Cayman Islands the largest hedge fund location in the world. This branch of industry is favored by favorable framework conditions such as the tax exemption that prevails here. The Cayman Islands are considered a tax haven . They are on the gray list that the OWZE drew up in the run-up to the G20 meeting in 2009. Due to objections from Great Britain on the one hand and commitments regarding compliance with various tax standards on the other hand, the Cayman Islands did not appear on the black list of tax havens for a long time. On January 28, 2016, the EU Commission presented a package of measures to combat tax evasion , which also included the Caiman Islands on the black list of tax havens. After the mother country left the EU, the Cayman Islands definitely blacklisted the non-cooperative countries in February 2020. The islands want to counteract their reputation through bilateral agreements that they have concluded with Ireland, Japan, the Netherlands and South Africa, for example.

Government spending is financed exclusively through administrative fees and a 20 percent customs duty on all imported goods. Customs duties ranging from 27.5% to 40.0% are levied on motor vehicles according to their value. Recently, however, this income is no longer sufficient to finance the budget, so that the British Foreign Office is pushing for the introduction of further taxes.

In addition to the local currency Cayman Island Dollar (CI $), the US dollar and the British pound are accepted as means of payment .

There is left-hand traffic in the Cayman Islands . Grand Cayman and Cayman Brac together have 785 km of paved roads.

Portions of this article appear since 2000 is out of date to be .
Please help to research and insert the missing information .

There are three airports in the Cayman Islands:

In 2008, 303,000 tourists visited the islands. Around 1.7 million other visitors come to George Town every year on cruise ships for a few hours.

Citizens from the EU or from Schengen member states do not need a visa to enter the country, all that is required is a passport that is valid until the return or onward journey and a return or onward travel ticket.

The main island of Grand Cayman in particular is known for its reefs. The underwater world around the islands is a special tourist attraction and has been extensively protected by several laws since 1978.

Sights of the capital George Town include the bell tower for King George V, the Legislative Assembly, the Courts Building and the General Post Office . On the waterfront, the Cayman Maritime and Treasure Museum shows a wide variety of exhibits, and in McKee's Museum are treasures from wrecks from the 16th and 17th. Century to marvel at. 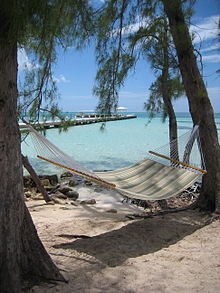 George Town is also the preferred place for duty-free shopping: International luxury goods and jewelry, some of which are made from local materials, such as black corals , can be bought cheaply here. Another specialty of the islands is the rum cake, which is produced by various suppliers and has developed into one of the most successful export items in recent years.

In Bodden Town, the former capital of the archipelago, lies the Pirate's Caves, where pirates found refuge and protection in the 18th century.

Rum Point in the north of the island offers typical Caribbean flair. Semi-tame stingrays live on the Stingray City sandbank and can be fed. The Cayman Turtle Farm at Northwest Point is the only one of its kind with green turtles .

A sunken Russian warship, the renamed MV Capt. Has been lying off Cayman Brac since 1996 . Keith Tibbetts, with four deck guns. She is the only Russian warship in the western hemisphere that can be explored by dive.

The smallest of the islands, Little Cayman, is one of the last unspoilt places in the Caribbean with one of the largest rock gardens in the region for pelicans and cormorants .

Compulsory schooling begins at the age of five and lasts for twelve years.

In 2012 the women's squash world championship took place on the islands.