The title of this article is ambiguous. For the crater on Mars, see Orson Welles (crater) . 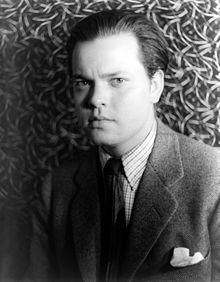 Although many of his projects were never realized or remained unfinished, Welles is considered one of the most artistically influential directors in cinema. His first feature film, Citizen Kane , is often cited as the most important work in film history and is still widely quoted today. The British film magazine Sight & Sound voted Welles the best director of all time. With his famous radio play version of The War of the Worlds and his groundbreaking Broadway productions, he was also an important innovator for radio and theater. 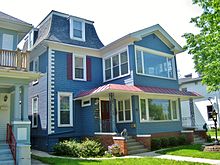 Orson Welles was the second son of Richard Head Welles, a wealthy businessman, and Beatrice Ives, a concert pianist and suffragette . Orson Welles is said to have been led by Dr. Maurice Bernstein, a Chicago doctor, may have been called a child prodigy . His mother introduced him to the works of William Shakespeare and playing the piano and violin in Vaudeville at an early age . When he was six years old, his parents separated. The mother moved to Chicago with the children . It was there that the boy came into contact with the opera and theater scene for the first time. Beatrice Welles died at an early age of jaundice . Dudley Crafts Watson, a colleague of his mother at the Art Institute of Chicago , then took him into his family. When the father died - Welles was fifteen at the time - Maurice Bernstein became his guardian.

Orson Welles began his career as an actor in the theater in the early 1930s. In radio plays , he was able to achieve initial success as a speaker in popular series such as Cavalcade of America and The March of Time . In the 1930s, during the economic crisis , theater projects were supported by the government. His friend John Houseman brought Welles to the Federal Theater Project , one of those government projects, where he was given creative space and soon directed Shakespeare productions on Broadway . His production of Julius Caesar modernized the drama by making numerous references to current events at the time and by involving the audience in the performance. The performance is still considered a trend-setting Shakespeare interpretation on US soil. His “Voodoo Macbeth” is just as legendary. At that time, Welles, just over 20 years old, was building a reputation as a promising genius. Welles and his partner John Houseman split from the Federal Theater Project in 1937 and formed their own theater company, the Mercury Theater .

He became known far beyond the borders of New York for his work for the radio. He spoke the title character in the radio play series The Shadow and produced adaptations of literary classics with his theater troupe; the start of the Mercury Theater on the Air was Dracula on July 11, 1938 . There are numerous anecdotes about his problem of working for the theater and the radio at the same time. He achieved national fame through the radio play War of the Worlds based on the eponymous model of the science fiction novel The War of the Worlds by HG Wells (published as a book in 1898), which was broadcast on the eve of Halloween in 1938 . This fictional report is said to have triggered a mass panic when it was first broadcast on October 30, 1938 on the east coast of the USA - whether this was actually the case is doubtful. There is some evidence that this depiction, which is often rumored to this day, was an invention of the tabloids.

The “child prodigy” was lured to Hollywood by the production company RKO Pictures , which complicated the simultaneous work for film and radio productions. As the only author / director to date, Welles received a " carte blanche " from his film studio . This enabled him to make a film of his choice entirely according to his ideas. However, his idea of filming Joseph Conrad's Heart of Darkness turned out to be impracticable. After all, the life of the media tsar William Randolph Hearst served him as a template for the biography of the "American" (as the film was originally to be called). Welles was instrumental in every creative process involved in the film. He co-wrote, directed, starred and directed the script, making him a role model for many filmmakers.

Although critically praised to this day as one of the most important films of all time, Citizen Kane was denied success at the time, which is partly attributed to Hearst's campaign against the film. Citizen Kane still impresses today with its multi-perspective narrative style, its theatrical look and the finesse of the soundtrack - Welles combined all media forms in a comprehensive and innovative way. Welles' career never recovered from the commercial failure of the work. Welles always approached his later films with great ambitions, but he was often entangled in production confusion and regularly failed. The splendor of the Amberson house , filmed immediately after Citizen Kane , is no longer in its entirety. Numerous explanations are given for the changes brought about by the studio and Welles' absence during post-production.

In 1947 he left Hollywood for Europe, where he had great success again in 1949 in the role of Harry Lime in the film The Third Man, based on a story by Graham Greene , who wrote the screenplay with Carol Reed . A radio play series based on it was also commercially successful. The following decades were marked by financial failures and setbacks. Films like Mr. Satan himself and Under the Sign of Evil were praised by some critics, but hardly found approval from the audience. Often they were brought out by the producers in altered and cut versions without Welles' consent and thus lost its original handwriting.

Welles, disappointed, tried to finance and realize his projects from his own hands. In order to raise the necessary money, he took on his roles at random and worked as an actor under the direction of colleagues in over a hundred films, including commercials and the dubbing of animated series, which was not conducive to his public reputation as an artist.

When realizing his own, artistically potentially much more valuable projects, he was often unlucky:

As one of the first cinema directors, Welles was enthusiastic about the medium of television and also looked for creative opportunities there. He also wrote a few trivial novels and screenplays under a pseudonym, mostly for financial reasons. After his return to the USA, he was able to keep his myth alive, also through appearances on talk shows. Welles once again attracted more attention in 1975 with the interlaced film essay Vérités et mensonges (F for Fake / F for falsification ), in which the controversial art forger Elmyr de Hory and the no less controversial writer Clifford Irving , who both wrote a forged biography the billionaire Howard Hughes as well as a supposedly real, at least authorized biography about de Hory, were portrayed. The film does not take the truth very seriously, which is essentially based on its conception and was entirely Welles' intention.

In 1983 he was accepted as an external member of the Académie des Beaux-Arts .

Welles had one last film appearance in 1983 with Tony Curtis in Where Is Parzifal? . The last production Welles participated in was the animated film Transformers - The Battle for Cybertron , in which he played the role of Unicron. He did not live to see the film's release in 1986.

Although the marriage to Mori lasted to the end on paper, the Croatian-French actress Oja Kodar was his life partner for the last 20 years. In Welles' last years she became the most trusted companion and closest collaborator. Kodar worked on the script for The Other Side of the Wind , among other things .

Orson Welles became more obese with age . He died of heart failure at his California home on October 10, 1985, aged 70, after appearing on the Merv Griffin Show just hours before his death . His final resting place is on the estate "El Recreo de San Cayetano" near the Andalusian city of Ronda , where his ashes are buried in a flower-adorned dry well on the finca of a longtime friend, the former bullfighter Antonio Ordóñez (1932–1998) has been.

Orson Welles , like many other artists on the Popular Front , took a stand on social issues in his plays, radio shows and films, especially during the Great Depression of the 1930s . He supported the election campaign of Franklin D. Roosevelt , with whom he was on friendly terms. During the McCarthy era (from 1947 to around 1956) Welles was on the notorious blacklist of Republican Senator Joseph McCarthy because of his left-wing political activities and views, as well as his contacts with members of the Communist Party .

Orson Welles did not have a fixed dubbing voice in the German versions of his films . He was spoken by Hans Nielsen (in Citizen Kane ), Fritz Tillmann , Martin Hirthe , Peter Pasetti and Walther Süssenguth, among others .

Since IT tapes containing background noise and music without the spoken word were not yet common at the time of the Welles films, completely new audio tracks were created for the German dubbing . The sound engineers mostly ignored the acoustic peculiarities of the Welles films, so that in the German versions the interaction that Welles particularly valued or the opposing use of image and sound and thus a significant part of the atmosphere was lost.

Welles bequeathed his cinematic estate to his partner Oja Kodar . Since the early 1990s, she has dedicated herself to preserving his work in order to make it accessible to the public. In 1994, with her support, the documentary Orson Welles: The One-Man Band was created (for example: The One-Man Band , an allusion to Welles' diverse activities and at the same time the title of one of his short films), which also contains previously unpublished footage. Significantly, there are also different versions of this documentation due to legal disputes.

In 1996, Oja Kodar handed over Welles 'cinematic estate to the Munich Film Museum , which restores the fragments of the unfinished films and has been organizing conferences and retrospectives on Orson Welles' work since 1999 .

"A film director should be very intelligent, but if possible not an intellectual - because the intellectual is the mortal enemy of all the performing arts ."

With The Alan Parsons Project

Manowar's live concerts begin today with the passage spoken by Welles: "Ladies and gentlemen, from the United States of America, all hail Manowar!"