Covilhã [ kuviˈʎɐ̃ ] is a city ( Cidade ) in Portugal , on the southern edge of the Serra da Estrela Natural Park . In the administrative structure of Portugal , Covilhã is the seat of the district of the same name in the Castelo Branco district , in the Cova da Beira sub-region . On June 30, 2011, 51,797 inhabitants lived in the district on an area of ​​555.6 km², the population density was thus 93.2 inh / km².

The origin of the city of Covilhã goes back to a prehistoric settlement of the Castro culture , which was probably built as a refuge for Lusitan shepherds. Since the 2nd century BC BC invading Romans subjugated and Romanized the settlement.

King D Dinis had the place fortified with new city walls in 1186 and gave it its first city rights. Covilhã remained an important manufacturing center for wool and fabrics, and its population grew. In the course of the Portuguese voyages of discovery from 1415 , the tax revenue and products of the place were important, and a large number of local men were recruited for the expansions. Names like Pêro da Covilhã or the cartographer Rui Faleiro were instrumental in these trips.

Its importance for the woolen production remained an essential factor of the place through the centuries. Worth mentioning here are the factory school founded by the Count of Ericeira in 1681 , and the Real Fábrica dos Panos ( Portuguese for: Royal Fabrics Factory) created in 1763 by the absolutist - mercantilist Prime Minister Marquês de Pombal , today the administrative headquarters of the university. The Museu de Lanifícios wool museum established there is one of the most important of its kind in Europe.

In 1870 the previous small town ( Vila ) was elevated to a town ( Cidade ). Covilhã has also been a university town since the Beira Interior University was founded in 1979 .

The nearby dam Cova do Viriato was put into operation in 1982, the dam Covão do Ferro in 1956.

The following municipalities ( Freguesias ) are in the Covilhã district: 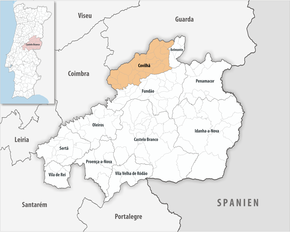 Covilha is the starting point of the past to the European Hill Climb Championship scoring Mountain race Rampa Internacional Serra da Estrela . The race will continue and count towards the " FIA International Hill Climb Cup " rating .

The place is home to the football club Sporting Clube da Covilhã , which last played (2013/14 season) in the Second Portuguese League . After playing his home games in the Estádio José Santos Pinto stadium for many years , he now welcomes his guests to the 3,000-seat Complexo Desportivo da Covilhã .

The Grupo Desportivo Covilhanenses and the Futebol Clube Estrela de Unhais da Serra , based in the municipality of Unhais da Serra, are two other of the numerous football clubs in the district.

Covilhã regularly organizes tournaments, in particular the freestyle snowboard tournament Snowboard Urban Festival , which is part of the European championship and Olympic qualification. 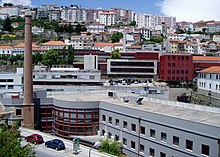 The main building of the university (with the historical factory), in downtown Covilhã

The textile industry traditionally has a high priority in the local economy. Ores are also mined in the district. The Minas da Panasqueira mines , whose main mining front is now in Barroca Grande (municipality of Aldeia de São Francisco de Assis ), are among the five most important tungsten deposits in the world. In the Second World War , the Salazar regime delivered the heavy metal, which is important for the war effort , to Nazi Germany.

Besides the University are here, as a regional regional center also manage and trade, to name as factors, including in 2005, the shopping center SerraShopping the Sonae group.

With its station on the Linha da Beira Baixa railway line , Covilhã is integrated into the nationwide rail network. With its connection points to the A23 motorway , the city is also connected to the state's motorway network.

Covilhã is part of the national bus network of Rede Expressos .

The Covilha airport is used by private and sport bikes.

The Public transport is by the urban Covilha Transportes Urbanos since ensured that in cooperation with private bus companies (in public concession) bus routes under the name Covibus operate. In addition to the inner-city lines N1, N2 and N3, there are a number of other lines that connect the localities of the district. 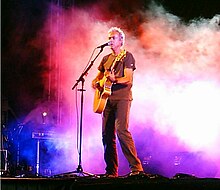 Municípios in the Castelo Branco district