France with the departments Alpes-Maritimes and Alpes-de-Haute-Provence and Italy with the Piedmont region and the Principality of Monaco have a share in the Maritime Alps . The Cottian Alps join to the north and the Provencal Prealps to the west . In the east they are separated from the Ligurian Alps by the Colle di Tenda . To the south the foothills of the mountains extend to the coast of the Mediterranean . The highest peak is the 3,297  m high Monte Argentera . With Mont Clapier , the Maritime Alps have the southernmost three-thousand-meter peak in the Alps .

The core area of ​​the Maritime Alps, the 'Sea Alps in the true sense of the word', in the Alpes-Maritimes department ( Provence-Alpes-Côte d'Azur region ), can also be found under the Italian name Alpi del Var , after the river, they are also central in German Maritime Alps , or French Maritime Alps / Sea Alps . Traditionally, according to the classic French-Italian division ( Partizione delle Alpi ), the Ligurian Alps ( Alpi liguri / Alpes ligures , German also Italian Maritime Alps, Ligurian Sea Alps ) are counted as a subgroup of the Maritime Alps. According to the more modern SOIUSA , these are counted independently, SZ 1 ( Alpi Marittime isa ), and as SZ 2 ( Alpi Marittime e Prealpi di Nizza ). In addition, the Préalpes de Nice , Préalpes Niçoises / Prealpi di Nizza ('Pre-Alps of Nice') are partly treated as well, partly mentioned separately - otherwise they are also treated under the Provencal Pre-Alps .

The boundary follows (counterclockwise, starting from the northeast):

The breakdown is as follows: 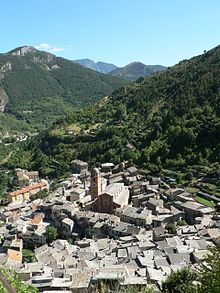 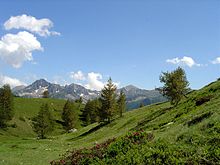 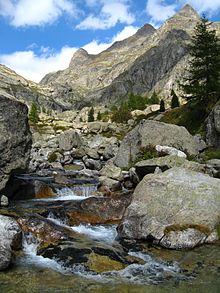 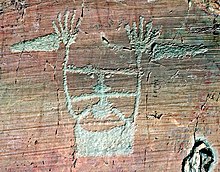 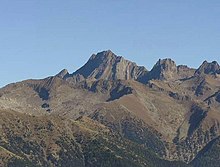 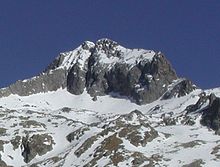 Significant mountains (Maritime Alps in the real sense) are:

Large parts of the French Maritime Alps belong to the Parc National du Mercantour , created in 1979 , the youngest of the six French national parks (in the metropolitan area). Located between 500 and 3143  m altitude (Cime du Gélas, highest peak), the inner, specially protected and uninhabited zone of the Mercantour extends with 68,500 hectares from the Col d'Allos in the west to almost the Col de Tende in the east. The area of ​​the national park includes large parts of the Vallée de L ' Ubaye , Vallée de la Tinée , Vallée du Var , Vallée du Cians , Vallée de la Vésubie and Vallée de la Roya . The Vallée des Merveilles in the Mont-Bégo region, known for its engravings from the Bronze Age, and Lac d'Allos, the largest natural mountain lake in the Alps, are located in the national park at this altitude ( 2230  m ).

The Parco Naturale delle Alpi Marittime (Maritime Alps Nature Park) has existed since 1995 as a merger of the Argentera Nature Park and the Palanfré reserve. With an area of ​​280 square kilometers, the nature park has a share of the Gesso , Stura di Demonte and Vermenagna valleys .

The alpine ibex was successfully reintroduced from 1921, the bearded vulture successfully released into the wild from 1993 , and the golden eagle is still at home.

The Via Alpina , a new cross-border long-distance hiking trail that crosses the entire Alpine arc from Trieste to Monaco with five paths ; it also runs through the Maritime Alps on two different routes.

The Red Trail of Via Alpina runs with 12 stages from the Cottian Alps coming first north of the Alps through the Italian Alps on historical part pack-mule track and trails that - created in different eras - have military origin, then passed over the Pas de Fenestre the Border with France and continues in the Parc National du Mercantour to the Col de Tende through the French Maritime Alps:

The Via Alpina Blue Path runs for 9 stages through the French part of the Maritime Alps south of the main Alpine ridge:

Well-known winter sports resorts in the Maritime Alps are Isola 2000 , Auron , Beuil , Valberg , Peira-Cava and Camp d'Argent on the Col de Turini on the French side, Limone Piemonte on the Italian side. The Maritime Alps are also suitable for ski tours . Some of the peaks can also be climbed in winter, and it is also possible to cross the group. The shelters are closed, but have at least partially open winter rooms.