Freshwater ornamental fish is a traditional generic term for fish that live in freshwater and are kept by enthusiasts in aquariums .

Both the organized aquarium fish keepers and the scientific community are of the opinion that the term expresses an outdated evaluation of animals and that it should no longer be used. Freshwater fish species that are kept in aquariums or ponds therefore call them aquarium fish or pond fish . The umbrella term includes natural species taken and bred from nature as well as cultivated forms and domestic animal breeds, which are also found in freshwater fish.

Freshwater fish in the aquarium hobby

The aquarium maintenance of freshwater fish and their offspring is differently difficult depending on the species and, depending on the respective necessary living conditions of the species concerned, makes a wide variety of demands on the size of the aquarium, the plant population and the chemical composition of the water . In any case, basic, and sometimes very special, knowledge about the life expressions and living conditions of the fish is required. In the Federal Republic of Germany, aquarium maintenance of freshwater fish is a very common form of private animal keeping and an economic factor that can hardly be overestimated. There are one or more aquariums in around ten million households. Around 50,000 aquarium owners are members of aquarium associations, around 15,000 members of organizations specializing in certain freshwater fish families.

The export of freshwater ornamental fish is an important economic factor for many countries in which particularly popular aquarium fish are native . Wild-caught fish have a fixed but declining share in this market. In contrast, aquarium fish farming is a growth market in South and especially Southeast Asia as well as in some Eastern European countries. According to estimates by the Food and Agriculture Organization of the United Nations (FAO) , the market value of the aquarium fish traded worldwide each year is over three billion US dollars. Thailand alone exports home-grown aquarium fish for over 50 million US dollars a year. 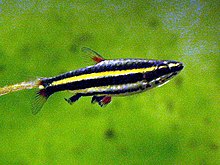 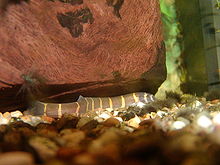 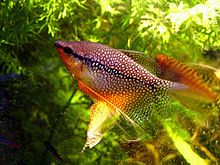 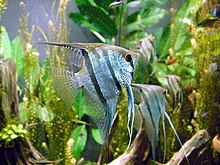