The Universiade - also the world sports games for students - is an international multisport event that has been held every two years since 1959 and is organized by the Fédération Internationale du Sport Universitaire (FISU). Alternating with the sport-specific student world championships in even years, the Universiades are held in uneven years. The word Universiade is a combination ( suitcase word ) of university and Olympiad .

Similar to the Olympic Games , the Universiade is held in winter and summer. With around 13,000 participants from 141 nations (as of 2017), the Summer Universiade is the second largest multisport event in the world after the Summer Olympics.

Sports represented at the Summer Universiade are: athletics , basketball , fencing , soccer , gymnastics , rhythmic gymnastics , swimming , diving , water polo , tennis , table tennis , judo and volleyball . For the 2017 Summer Universiade, the list of mandatory sports will be expanded to include Taekwondo and, in 2019, archery . In addition to these compulsory sports, the respective organizer can optionally include three other sports from the FISU sports canon.

Brasilia withdrew from the alignment planned for 2019 because the financial situation was too risky. On March 5, 2016, the FISU awarded the organization to Naples and the Campania region . 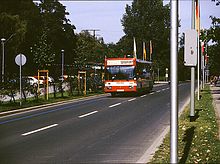 For Germany , the participants are nominated by the General German University Sports Association. Articles on Germany at individual Universiaden exist for 2009 , winter 2013 and summer 2017 .

For Austria , the “Universiade Team Austria” is nominated by “Unisport Austria”, which is based in the Federal Ministry for Science, Research and Economy, and sent to the Universiades. For Austria's successes at Universiades up to 2013 see Universiade / Austria , see also summer 2017 .

For Liechtenstein , the Liechtenstein University Sports Association (LHSV) has been a member of the FISU since 2011 and has organized the feeding of Liechtenstein athletes since then. See also summer 2017 .

The eternal medal table is a list of all medals , sorted according to participating countries, that have been awarded in the history of the Universiade. The athletes (or teams) who rank first, second or third receive medals as an award. The winner will receive a medal known as the " Gold Medal ". The second receives a silver medal, the third a bronze medal .

As early as 1910, there were precursor events to the Universiade, often referred to as the Student World Games in German-speaking countries . From 1939 onwards, these were mostly divided into two parts for political reasons. The organizing international umbrella organizations were

In the following, all forerunner events before 1959 are listed that were organized by one of the three umbrella organizations mentioned or are mentioned on the adh website . (en) = Link to the event on the English Wikipedia

The World Festival of Youth and Students takes place at irregular intervals of three to eight years up to the present, most recently in 2017 in Sochi, Russia . It is organized by the World Socialist Federation of Democratic Youth and therefore does not see itself as politically neutral.