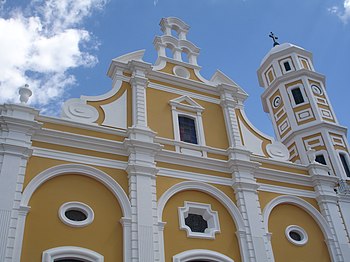 Pope Pius VII founded the diocese of Santo Tomás de Guayana on May 20, 1790 from cession of territory by the diocese of Puerto Rico and was subordinate to the archbishopric of Santo Domingo as a suffragan diocese. With the bull In universalis Ecclesiae regimine , it became part of the ecclesiastical province of the Archdiocese of Caracas on November 24, 1803 .

On January 2, 1953, it took the name, Diocese of Ciudad Bolívar. With the Apostolic Constitution Magna quidem it was raised to the rank of Metropolitan Archbishopric on June 21, 1958 .

It lost parts of its territory in favor of the establishment of the following areas: