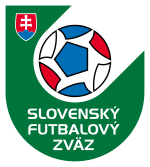 However, winning the competition alone did not necessarily have a high priority, after all, in order to qualify for the European Cup, you had to defeat the Czech cup winner. This changed in 1993 with the independence of Slovakia , when the Slovak Cup winner was directly qualified for the European Cup Winners' Cup. Slovan Bratislava won the first class, in the final the team defeated 1. FC Tatran Prešov 2-1 after extra time.

The record cup winner with 15 titles is Slovan Bratislava.

In the first main round, 38 teams from the second and third division play against each other.

In the second round, 13 other teams join the 19 winners from the first round, including all twelve top division clubs.

The 16 winners of the second round meet in the round of 16. In the quarter-finals, the remaining eight teams will be drawn against each other.

In the semifinals, the four remaining teams will be drawn against each other and determine the finalists in the first and second leg.

The final takes place on neutral ground, the venue is advertised by the association.