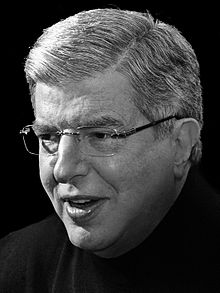 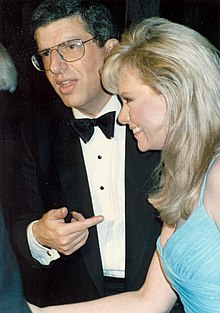 Marvin Frederick Hamlisch (born June 2, 1944 in New York City , New York - † August 6, 2012 in Los Angeles , California ) was an American composer . He is considered one of the most successful musical and film composers of the 20th century. He is one of the few artists to have won Emmy, Grammy, Oscar and Tony Awards.

Hamlisch, who came from a Jewish family of Viennese origin, learned to play the piano at an early age and was considered a child prodigy . As a teenager he gave concerts in the Town Hall . Then he studied at the Juilliard School of Music . Already at this time he switched to composing. In 1965 he wrote Sunshine, Lollipops and Rainbows for Lesley Gore, a first hit that he was able to repeat in 1967, also for Gore, with California Nights . After Sam Spiegel heard him playing the piano at a party, he commissioned him to compose his first film (for The Swimmer , 1966). He then moved to Los Angeles to be closer to the studios. His adaptations of Scott Joplin's ragtime compositions, which he wrote for the film Der Clou in 1973 , achieved great fame .

From his music is to many movies and television series and the successful Broadway - musicals A Chorus Line and They're Playing Our Song . In 1977 Hamlisch also wrote the music for the James Bond film The Spy Who Loved Me (1977). Since 1993 he has also been the conductor and arranger of the concerts of Barbra Streisand , for which he also wrote the number one hit and million seller The Way We Were in 1973 . The cover version of Gladys Knight & the Pips was also successful worldwide.

Hamlisch was honored with numerous prizes. The year 1974 was outstanding in this regard, when it was awarded a total of Oscars in three different categories. Seven Oscar nominations followed in the following years. He won the Emmy three times and a Golden Globe Award twice . He received the ASCAP Award four times the most .