The season 2011/12 was 12 . Playing time of the EuroLeague (officially Turkish Airlines EuroLeague ).

Olympiacos won the title . For the Greeks it was the first title win.

Of the 24 teams taking part in the EuroLeague, 22 were directly qualified for the group stage, and two further places were played in an additional qualifying round. Twelve of the directly qualified clubs were in possession of a long-term A-license, eight other teams qualified through their placement in national or supranational leagues in the preseason and received a B-license limited to the 2011/12 season. By winning the Eurocup in the previous year , another C license, limited to that season, was awarded. Since a club's A license was withdrawn due to the poor placement in the national competition, a wildcard was also awarded. For the qualifying round 16 starting places were allocated. 13 of these starting places were again awarded through the placement in national or supranational leagues in the preseason, the remaining three due to the award of a wildcard. Clubs that were eliminated in the qualification took part in the Eurocup 2011/12 .

The 24 teams were divided into four groups of six teams each, with each team playing one home and one away game against every other team. The four best-placed teams in each group were assigned to the four groups of the second group phase, in which each team also played one home and one away game against each other team. The seeding list for the draw for the second group stage corresponded to the placements in the preliminary round, whereby teams from the same preliminary round group could not meet again. The top two teams in the second group stage qualified for the knockout round, which was played in the best-of-five mode. The teams that prevailed qualified for the Final Four tournament in the Sinan Erdem Dome in Istanbul, where the semi-finals and finals and the game for third place were played. These games were simple knockout games.

A total of 16 teams from 13 countries competed for two starting places in the main round.

Participants in the main round

In a “best-of-five” mode, the remaining eight teams competed against each other in four team encounters. The first in the group from the second phase enjoyed home rights in a possibly required fifth play-off game. The four teams that won these duels qualified for the Final Four tournament.

In a tournament that was held between May 11 and 13, 2012 in the Sinan Erdem Dome in Istanbul , two teams each competed in semifinals. The winners qualified for the final, from which the winner of the EuroLeague emerged.

The game for 3rd place took place on May 13th. 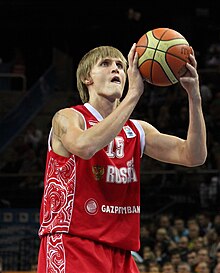 After the winner of the top scorer trophy had been determined early on, the awards as “Rising Star” and as best defender were announced in mid-April. During the Final Four weekend in Istanbul on Saturday, May 12th, during the Awards Ceremony, the other awards except for the Final Four MVP took place.

MVP of the Euroleague season

Club Executive of the Year

Seasons of the FIBA European Cup and the EuroLeague