The 14th presentation of the Amadeus Austrian Music Award took place on May 6, 2014 in the Volkstheater in Vienna . 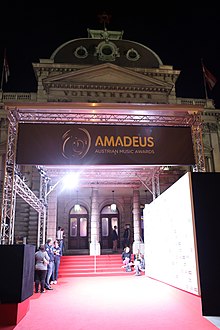 Red Carpet at the Volkstheater during the award ceremony

Musicians and bands or their publications that came onto the market between January 1 and December 31, 2013 or had at least one live performance could be nominated. The prerequisite was that the artists had their center of life in Austria or were Austrian citizens. On February 24, 2014, the Association of the Austrian Music Industry ( IFPI ) announced the nominations. Five candidates in each category were presented to the public on the Amadeus Awards website. The winners were then determined in an online voting on the Amadeus Awards internet platform that lasted up to and including March 31. The only exceptions were the FM4 Award, which was determined by the broadcaster FM4 in its own voting, and the two special prizes.

Awards were given in 15 categories. The Best Video category was new this year . Instead, the award in the Alternative genre was dropped . The pop / rock category was converted into a pure pop music category, rock was merged with hard & heavy . In addition to the eleven specific categories and the FM4 listener award, there are three special awards: the award for life's work awarded by the organizing IFPI , the award for the music partner of the year and the award for the best engineered album , an award for the technicians in the background which was awarded for the second time after 2013.

After the nominations were announced and the online voting began, several musicians and bands declared that they would not be nominated or asked the organizers to remove them from the list of nominees. The focus of the criticism was on how the organizers and their media partners deal with musicians and how the voting was carried out.

In February 2014, HVOB ( Her Voice Over Boys ), nominated in the Electronic / Dance by KroneHit category , declared in an open letter that they would not value a nomination in this form. In particular, the musicians rejected the voting mode, because votes could only be cast on the website of the radio station KroneHit and interested parties had to give their email address or their Facebook login details (“We don't want a price in a category who sees their most important task in satisfying the clumsiest marketing needs of a partner [...] We are particularly embarrassed to be abused for tapping the email addresses of people who like our music so much that they want to vote for us. ”) The organizers declared that they regretted and accepted the band's renunciation and the need for media partnerships in order to“ make bands better known to the broadest possible audience ”. It was announced that voting, as in other categories, would also be made possible on the Amadeus Awards website itself. The Global Deejays took the place of HVOB among the nominees . Shortly afterwards, Naked Lunch announced that they were not interested in a nomination. On the one hand they were amused by the assignment to the Rock / Hard & Heavy category , on the other hand they were annoyed by the incorrect band biography on the Amadeus website. At the beginning of March the rapper Monobrother (category HipHop / R'n'B ) announced his renunciation because he received the Amadeus Award as a "consolation prize for all the broken promises and unmotivated, bumpy attempts [...] to make this completely rotten Austrian music landscape a little more bearable to design ”and participation would be“ a general agreement with the current conditions - the voracious tactics and practices of this destructive and ignorant music market machinery ”, which he cannot agree with. He also criticized his media partners, with the exception of the radio station FM4 and its program "Tribe Vibes", which otherwise ignore him and his music. No withdrawal, but disinterest, explained the rapper Chakuza .

Album of the year

Song of the year 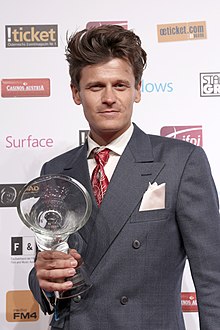 In a first round, five finalists were selected from 20 candidates by February 23. The winner could then be voted on the FM4 website up to and including April 1st . 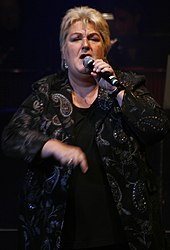 Music partner of the year