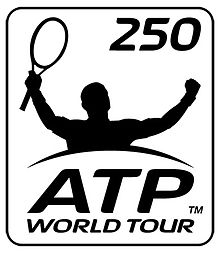 In tournaments of the ATP Tour 250 , the players receive points for the tennis world ranking according to the following scheme:

(*) A player receives the points for a successful qualification in addition to the points achieved in the main field.

From 2020 the ATP Tour 250 will consist of 38 tournaments, of which only the tournaments in Delray Beach (32-man field) and Winston-Salem (48-man field) do not have a single draw consisting of 28 players. 19 tournaments take place on hard courts, 14 on sand and 5 on grass. 28 take place outdoors, 10 in the hall.

Winner of the tournaments of the ATP Tour