The École polytechnique fédérale de Lausanne ( EPFL , German  Eidgenössische Technische Hochschule Lausanne , ETHL) is a technical and natural science university in Lausanne , Switzerland . The campus is located outside the city center, in the immediate vicinity of Lake Geneva , and is directly connected to the campus of the University of Lausanne - all together the largest education and research center in Switzerland.

EPFL is divided into seven faculties and offers 13 bachelor's degree programs and 26 master’s degree programs. 319 FTEs professors and over 1,800 doctoral students work for EPFL. As of the end of 2017, 10,686 students were enrolled. Neuroscientist Patrick Aebischer has been president since 2000 , and Martin Vetterli has held the office since January 1, 2017 . EPFL is integrated into the federal ETH domain , which, in addition to EPFL, includes the Swiss Federal Institute of Technology in Zurich and four research institutes ( PSI , WSL , Empa and Eawag ).

It was founded in 1853 as a private school based on the principle of the Paris Ecole centrale under the name École spéciale de Lausanne by Louis Rivier , Jean Gay , Pierre-Joseph and Jules Marguet . In 1869 it became the technical department of the public Académie de Lausanne . When the latter was reorganized and received university status in 1890, the name of the technical faculty changed to École d'ingénieurs de l'Université de Lausanne . In 1946 it was renamed the École polytechnique de l'Université de Lausanne (EPUL).

In 1969 EPUL separated from the University of Lausanne . The EPUL became a federal institution under its current name and has merged with the Swiss Federal Institute of Technology Zurich (ETH Zurich). These two federal universities are controlled directly by the federal government, in contrast to all other Swiss universities that are subordinate to the cantons .

There are more than 100 nationalities represented; more than 50% of the teaching staff is of foreign origin.

The school is divided into seven faculties :

EPFL offers a wide range of club activities and sports. Thanks to the more than 70 associations of all kinds, students can acquire social skills as well as professional skills.

From 1943 the school was located in the former Hotel Savoy on avenue de Cour No. 29–33 in Lausanne. In 1971, construction began on the new building at the Dorigny site in Ecublens , in the immediate vicinity of the University of Lausanne. The inauguration of the first EPFL building in Dorigny took place in 1978.

A congress center for up to 3000 people is under construction, which also includes 344 student rooms and shops.

In the 2008 Leiden ranking it took 3rd place in Europe, the first in continental Europe.

In the 2009 Shanghai ranking in the ENG field (Academic Ranking of World Universities in the field of "Engineering / Technology and Computer Sciences"), it was ranked 15th worldwide and, together with the University of Cambridge, 1st outside the USA (2nd . Place outside the US in 2008).

In 2009, it took 3rd place in Europe in the Computer Science Subject Ranking.

In the ranking of The Times Higher Education Supplement 2012, EPFL was in 40th place worldwide (50th in 2008) and therefore 8th in Europe.

Times Higher Education also annually evaluates the world's 150 best universities that were founded less than 50 years ago. With the ranking, the magazine wants to give a glimpse of “the rising stars with great potential”. In this ranking list for 2016, EPFL is in 1st place.

In the 2021 edition of the QS World University Ranking of the Top 100 Global Universities, it is in 14th place worldwide and 6th in the whole of Europe. 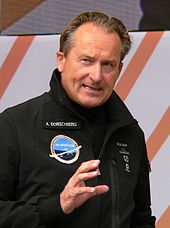 AGEPoly is the association of EPFL students in Lausanne. The student body was founded in 1951 under the name AGEPUL (Association Générale des Étudiants de l'École Polytechnique Universitaire de Lausanne). It has had its current name since 1964. The AGEPoly is made up of the board of directors, to which six to ten students belong, the assigned three poles, which are also the main tasks (service, animation & sport, student representation), and about twenty commissions.

A3-EPFL (formerly AEPFL for Association Amicale des Anciens Élèves de l'École Polytechnique Fédérale de Lausanne) is the association of EPFL graduates (graduates, masters , doctorates, postgraduate studies). Its aims are to promote the togetherness of former graduates, to represent them at EPFL and to foster relationships with the school.

Forum EPFL is the EPFL student association responsible for organizing the EPFL forum . The group consists of 18 people in 2009. The forum, founded in 1982, has always been a preferred platform for exchange and encounter for university and professional communities. Their task is to support the recruitment and professional integration of graduates. Today the EPFL Forum is one of the most important recruiting events in Switzerland and one of the largest in Europe.