This article covers breaking news and events in August 2002. 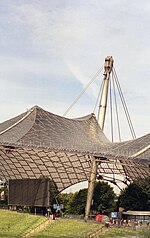 Schlottwitz after the flood event