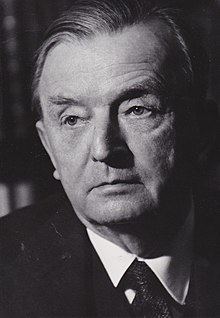 Friedrich Klingner was the son of the teacher Albrecht Klingner (1865–1939) and his wife Martha geb. Pönitz (1865-1941). He began his studies in the summer semester of 1914, but had to interrupt it when the First World War broke out . After returning from the front, he continued his studies in Berlin . Here in particular the Graecist Ulrich von Wilamowitz-Moellendorff and the Latinist Paul Friedländer had an influence on him: Klingner was methodically shaped by Wilamowitz, he received topics and perspectives at Friedlander's suggestion. With him he moved to Marburg in 1920 . There he received his doctorate in 1921 with a dissertation on the work De consolatione philosophiae des Boethius , which appeared in the series Philological studies . In 1923 Klingner returned to Berlin as an assistant and librarian and joined the circle around Werner Jaeger , where he met Otto Regenbogen, among others .

After only two years in Berlin, Klingner received an offer from the still young University of Hamburg to a full professorship, which had become vacant with the death of the first professor, Otto Plasberg . Klingner worked in Hamburg for five years until he moved to Leipzig in 1930 as the successor to the late Richard Heinze . He taught here until after the Second World War. In November 1933 he was one of the signatories of the professors' commitment at German universities and colleges to Adolf Hitler and the National Socialist state . In 1947 he moved to the Ludwig Maximilians University in Munich , where he taught and researched until the end of his life (since 1963 as an emeritus ). In the academic year 1957/1958 he was rector of Munich University.

Friedrich Klingner was one of the leading Latinists of his time and, like Eduard Fraenkel, contributed to the upswing in Latin studies in the 20th century. His research focused on classical and post-classical Latin literature; He used Greek and Old Latin pre-texts when the investigation required it.

In his habilitation thesis on Boethius, Klingner pointed out numerous shortcomings in Usen's widespread thesis that the work was largely due to the Protrepticos of Aristotle . Klingner separated and explained the influences of the Cynical , Stoic , Neoplatonic and Christian worldview in the work.

Klingner's research on Roman historians, epic poets and poets was more important. He proved that Sallust had his own view of history and had thus overcome that of Poseidonios ; in addition, he refuted - like Hans Drexler - the thesis that Sallust's historiography was taken by a certain party. Since 1930 he was concerned with the life's work of the poet Virgil , in which he recognized a cross-work unit. After carefully evaluating the manuscripts and clarifying the tradition, he published the works of the poet Horace in a new critical edition , which is still fundamental today.

Klingner also dealt with Greek literature. In the epics Iliad and Odyssey he found that, from a stylistic point of view, only the dolonie and the telemachie were to be viewed as later insertions.

Rectors and Presidents of the Ludwig Maximilians University in Munich