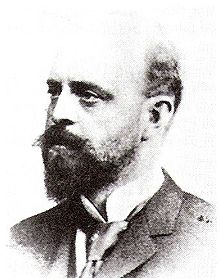 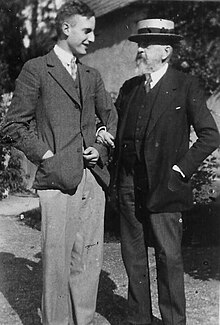 Trott attended grammar schools in Dresden and Kassel and studied law and political science in Würzburg , Heidelberg and Leipzig . He was a member of the Corps Rhenania Würzburg and Guestphalia Heidelberg . After completing his studies, he entered the Prussian civil service in Opole in 1884 as a government assessor .

August von Trott came from a family of the Hessian nobility, which has been resident in today's Hersfeld-Rotenburg district for many centuries - documented since 1253. The family headquarters are in the villages of Solz and Imshausen, which today belong to the town of Bebra. For generations, members of the von Trott zu Solz family emerged in state or state service. August von Trott zu Solz was the son of the Hessian legation councilor Werner Levin von Trott zu Solz (born June 1, 1819 in Stuttgart; † October 10, 1858 in Kennenburg near Esslingen) and his wife Sophie, born von Lehsten-Dingelstedt (born May 8, 1819 in Stuttgart) 1831 in Lessendorf; † August 8, 1880 in Imshausen).

Trott married on February 28, 1901 in Kassel Eleonore von Schweinitz (born February 21, 1875 in Vienna , Austria ; † March 11, 1948 Imshausen), the daughter of the royal Prussian infantry general and adjutant general Hans Lothar von Schweinitz (1822–1901) , Imperial German Ambassador , and the American Anna Jay (1849–1925), who was the great-granddaughter of John Jay , one of the founding fathers of the United States .

In 1886 August von Trott zu Solz was appointed district administrator of the newly created district of Höchst . In 1892 he moved to Marburg as district administrator . In 1887 (as a replacement for Friedrich Christian Wirth ) he represented the district of Höchst in the Nassau municipal parliament . From 1894 he was a secret government and lecturer council in the Prussian Ministry of the Interior. In the same year he was elected to the Prussian House of Representatives for constituency 10 (Marburg). He belonged to the conservative faction. Because of his official promotion, he resigned from the mandate in 1898.

From 1909 to 1917 August von Trott was a minister of culture in the Prussian government under Chancellor Theobald von Bethmann Hollweg . Among other things, he was responsible for the decree of August 22, 1911, which stipulated that "at all higher education institutions the duration of the lesson is generally to be set at 45 minutes". This marks the historic beginning of the uniform 45-minute lesson in the German-speaking school system.

During Trott's term of office, the Kaiser Wilhelm Society for the Advancement of Science was founded in 1911. He also played a decisive role in the establishment of the Foundation University in Frankfurt in 1914.

In July 1917 Trott resigned as minister. His resignation was in connection with the wrestling of the Bethmann Hollweg cabinet to reform the backward three-class suffrage . Although the government was able to agree that the reform of the electoral law was necessary and that future elections in Prussia should be secret and direct, the same electoral law remained a matter of dispute. Among the opponents of the same suffrage was, along with four of his cabinet colleagues, August von Trott. He feared a radicalization of the Prussian House of Representatives with negative consequences for the church and school. After Bethmann Hollweg had been able to convince the emperor to proclaim equal voting rights, the five defeated ministers announced their resignation. Even before Trott's dismissal could take place officially, had the crisis of July 1917 - named in reference to the war-triggering crisis of July - pointed to the Chancellor. Bethmann Hollweg resigned on July 13, 1917.

From 1917 to 1919 Trott served as President of the Prussian Province of Hesse-Nassau in Kassel. Because of the political upheavals in Germany, he resigned his office in 1919 and retired to Imshausen. From 1921 to 1926 he represented the province of Hessen-Nassau in the Reichsrat , the new state representation created by the Weimar constitution. Between 1917 and 1933 he was a member of the Senate of the Kaiser Wilhelm Society .

Country councils of the district high

District President in the Koblenz district

District President of the administrative district of Kassel

Upper President in the Province of Hessen-Nassau