The Latin Empire and the three Byzantine empires in exile (Nikaia, Trebizond, Epirus) after 1204

After Robert von Courtenay had spent the winter at the Hungarian royal court, he reached Constantinople in the spring and was crowned Emperor of the Latin Empire by the Latin Patriarch Matthaeus on March 25 in Hagia Sophia . At this point in time the empire is in a two-front war against the empire of Nikaia and the despotate of Epirus . At first he succeeds in making peace with Emperor Theodor I. Laskaris by promising him to marry his daughter Eudokia Laskarina . He can then turn his military forces to the despot Theodoros I Komnenos Dukas , who set himself the goal of smashing the Kingdom of Thessaloniki and who has already conquered Serres and Drama this year .

In July, the papal legate Pandulf resigns from his position as advisor and in autumn the task of Peter des Roches as educator of the underage King Henry III. declared over. This leaves only Hubert de Burgh from the Regency Council installed in the previous year and takes over the actual power in the Kingdom of England . The first minor revolt by the aristocratic aristocrats around Christmas was quickly put down. 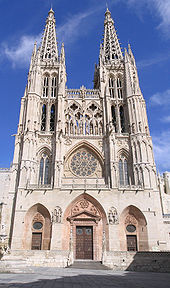 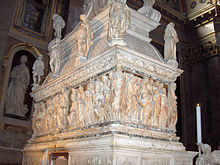