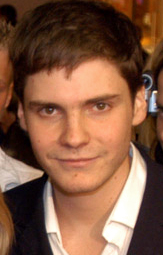 Winner of the German Film Award in the category Best Male Leading Role (formerly: Best Acting Achievement - Male Leading Role ). From the end of the 1960s / beginning of the 1970s to 1996, the category was replaced by a prize for “ Best Acting Achievement ”, without any division into leading or supporting roles. Since 1997, the awards for actors have again been awarded separately for main and supporting roles. The winners have been honored with the "Lola" prize statuette since 1999 and receive prize money of 10,000 euros . The gold film tape had previously been awarded.

The most successful in this category were Daniel Brühl , OW Fischer and Heinz Rühmann , who each won the prize twice. Ulrich Noethen , August Diehl , Jürgen Vogel and Josef Bierbichler have received the most nominations since the nomination mode was introduced for this category in 1997 (three each, including one victory each). In 2020 Albrecht Schuch was awarded both the best leading and best supporting actor of the year.

Award winners and nominees since 1997

August Diehl - 23 - Nothing is what it seems

Uwe Ochsenknecht - Football is our life

Moritz Bleibtreu - The Experiment and In July

Birol Ünel - Against the wall

Henry Hübchen - Everything on Sugar!

Ulrich Mühe - The Lives of Others

Franz Rogowski - In the corridors

Categories of the German Film Award