The Johnson County is a county in the US -amerikanischen State Illinois . In 2010 , the county had 12,582 people and a population density of 14.1 people per square kilometer. The county seat is Vienna .

The county is located in southern Illinois and has an area of ​​904 square kilometers, of which eleven square kilometers are water. The following neighboring counties border Johnson County: 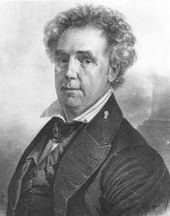 Johnson County was formed on September 14, 1812 from parts of Randolph County , but is one of the 15 original counties of the Illinois Territory.

The racial the population was composed of 89.9 percent white, 8.5 percent African American, 0.4 percent Native American, 0.2 percent Asian and other ethnic groups; 1.0 percent were descended from two or more races. Hispanic or Latino of any race was 3.1 percent of the population.

Johnson County is divided into 17 precincts :