PULS 4 (formerly Puls TV ) is an Austrian private television broadcaster owned by ProSiebenSat.1 Media SE. According to the broadcaster, the “4” in the name can be justified by the fact that Puls 4 - after ORF one , ORF 2 and ATV - is the fourth Austria-wide full program with its own news.

In August 2007, the station was taken over by what was then ProSiebenSat.1 Media AG. The cable network operator UPC Telekabel was also interested in buying Puls TV.

As a direct consequence of this takeover, Puls TV became the transmitter Puls 4. The conversion brought about a significant increase in the number of employees. On January 28, 2008, Puls 4 went on air for the first time with Puls 4 News at 6:00 p.m.

Since September 2011 (real PULS4 broadcast signal from October 3, 2011), the high-resolution simulcast version Puls 4 HD has been available in the “ HD Austria package” of the AustriaSat payment platform . In autumn 2012, the station moved from the Vienna Museumsquartier to the Media Quarter Marx , where ProSiebenSat.1PULS 4 GmbH was housed together with all Austrian stations.

On April 21, 2016, ProSiebenSat.1PULS4 announced that they wanted to start a news and documentary channel called 4News in autumn 2016 . The original concept of N24 served as a model , which has now started in Austria in a modern form but was discontinued after a short time.

On March 9, 2017, with the approval of the antitrust authorities , the announced purchase of ATV for 25 million euros took place. Conditions were the maintenance of the Austria- related news programs and other Austrian formats such as " Bauer sucht Frau ", " Pfusch am Bau " etc. The company wanted to go on the air again with Puls24 as a news channel in September 2019 and the program should be available unencrypted via satellite.

Dispute with the employee representatives

On January 31, 2008, the termination of two works council members - triggered by disputes over collective agreements - led to a conflict between the station's staff and management. The works council announced labor court actions. Employees protested publicly on Vienna's Mariahilfer Strasse and demanded that the employee representatives be reinstated. Support came from the Austrian trade union federation ÖGB , which in turn announced further lawsuits and reviews of employment relationships. In a works meeting on February 5, 2008, the managing director Markus Breitenecker described the works councils as "nonexistent" and the redundancies as "legal". Ultimately, an agreement was reached between the workforce and management. In the case of an early works council election, the only list that appeared, consisting of a team of three with the previous works council chairman Kurt Raunjak, was elected with 91 percent approval.

On 29 August 2005, the station produced with Café Puls , a breakfast television . This is also broadcast by ProSieben Austria , Sat.1 Austria and, until 2007, by kabel eins austria .

On September 17, 2008, Puls 4 showed a TV confrontation with a view to the National Council election in Austria in 2008 , to which all top candidates from the major parties were invited. Because Puls 4 showed this TV confrontation with the name Puls 4 Wahlarena before the ORF events , Werner Faymann declined to participate. All other top candidates came anyway. The new thing about this TV discussion was that viewers could upload questions in the form of videos to MyVideo.de and then selected contributions were shown during the broadcast; as happened before in the US election campaign. The program was moderated by Puls 4 presenter Manuela Raidl and the former ORF presenter Josef Broukal .

One year later, on September 16, 2009, Puls 4 will again be showing a TV arena on the subject of “The future of Austrian television”. The show was again moderated by Manuela Raidl and Josef Broukal. Videos could also be uploaded in the form of MyVideo for this program, which were then broadcast in the current program. The TV Arena 2009 had a market share of 1.8%.

In May 2008, Puls 4 then showed the Google Trends for the first time , which deal with the most searched terms on the Internet on the Google search engine . The show has a market share of around 3% and is moderated alternately by Norbert Oberhauser and Bianca Schwarzjirg . However, the program has not been shown since mid-2010.

For 2011 the station has set itself the goal of achieving a 3% market share. To this end, new programs such as SOS - Another home or AUSTRIA UNDERCOVER are introduced. A separate film project and the series Die neue Österreicher are also planned . In 2011 WIFF! Austria a. The show is marketed as a knowledge magazine and moderated by Café Puls presenter Norbert Oberhauser at the beginning . In return, the Puls 4 Google Trends were discontinued. In January 2011, the broadcaster introduced the program chief of Austria campaign to further promote market shares . Some new broadcast formats will be presented to viewers. By voting on their own website, viewers can give ratings and comments to the new formats and decide whether the format should continue to be broadcast.

In June 2012, Puls 4 received the broadcasting rights for the Kiddy Contest , which is moderated by Arabella Kiesbauer.

In January 2013, Puls 4 started the 60-minute news program Guten Abend Österreich . Since the ratings for the second half of the broadcast fell short of expectations, the Puls 4 News Quiz ran from September 2014 at 7:20 p.m. as part of the format. On April 24, 2015, the show, which was technically more moderate, ran for the last time.

Formerly or not currently broadcast:

In January 2009, Puls 4 showed Austria's Next Topmodel in- house production , based on Germany's Next Topmodel . According to the broadcaster, around 3,500 girls applied for the show. The 16-year-old Carinthian Larissa Marolt won the show and got a fixed starting point in the model show Germany’s Next Top Model . The entire season saw an average of 200,000 viewers, which meant a record attendance for Puls 4. At the top, Puls 4 had a market share of 13 percent in the target group of 12 to 49 year olds. In order to prolong the success of Austria's Next Top Model , Die Model WG was designed. The program achieved a market share of around one percent when it was first broadcast.

An in-house production based on “Austria's Next Top Model” is “Austria's New Football Star”. The show is moderated by Patricia Kaiser and achieved a market share of around 3.6% (2nd broadcast). Based on Bauer sucht Frau , the dating show Millionär sucht Frau moderated by Johanna Setzer will be broadcast on Puls 4 .

At the end of August 2009, Puls 4 secured the exclusive free TV rights to the UEFA Europa League for three years. A soccer match has been broadcast live every Thursday since September 17, 2009, while the three other matches of the Austrian clubs can be seen live on the Austrian subsidiary of Sky Deutschland on pay TV. In the first live broadcast, the broadcaster achieved a market share of 25.1 percent. No private TV broadcaster in Austria has ever achieved a higher range with a program.

In early 2010, the broadcaster acquired the free TV broadcasting rights for both Conference Finals and Super Bowl XLIV . Since the 2010/11 season, Puls 4 has also broadcast a regular season game every Sunday.

At the end of March 2011, the station also secured free TV broadcasting rights for the UEFA Champions League for three years from the 2012/13 season. There will be 18 live matches per season as well as the UEFA Supercup and the CL playoffs at the beginning of the season.

In addition, the broadcaster has secured the rights to Skicross until 2012/2013.

On June 2, 2009, the program scheme was changed slightly: Puls 4 AustriaNews advanced to 7:25 pm, Talk of Town slipped to the broadcast slot at 7:45 pm and was given the additional title “About Austria speaks”, Puls 4 Google Trends migrated into the late evening. The amendments were expected to, with the news competition to time in the image to create and attract especially young people (market share on average 4 to 5%).

After ProSieben decided in 2011 to pause the Popstars format and broadcast the casting format “The Voice” instead, the format was exported to Austria and broadcast on the Puls 4 channel. The casting tour will start in summer 2011 under the motto “Popstars - Mission Austria”. Detlef D! Is again in the Popstars jury. Sit soost. In mid-April 2011, “Talk of Town” was stopped and instead “Pros and Cons - The AustriaNews Talk” broadcast. The show is based on the same basic principle as the previous show, but is only shown once a week in a new studio with studio guests.

Pulse 4 can be received almost everywhere in the Austrian cable networks in analogue ( PAL ) and / or digital ( DVB-C ). In addition, the program is broadcast encrypted via satellite ( DVB-S and DVB-S2 ), currently still in some state capitals via DVB-T and increasingly via SimpliTV ( DVB-T2 ) in the already developed reception areas. The program can also be received as IPTV at A1 Telekom Austria .

Since the start of broadcasting, Puls tv (Puls 4) has been received analogue terrestrial in Vienna and the surrounding area ( Kahlenberg , UHF Kanal 34), and since October 22, 2007 also digitally in Austria via DVB-T . Puls 4 Austria has an average of 150,000 viewers per day and has a technical reach of 1.1 million households. In 2009 the station achieved an annual market share of 2.3% and already 80% of all TV households in Austria. In 2014, the annual market share was 3.6% and Puls 4 was the only Austrian private broadcaster to record growth.

Pulse 4 can be received digitally as well as analogue via a large number of cable providers. Puls 4 can be received in some Austrian metropolitan areas ( IPTV expansion area of Telekom Austria ) via the DSL television service A1 Kabel TV . Some mobile phone providers provide apps for smartphones to receive the station via streaming.

Since August 20, 2007, Puls 4 Austria can also be received via Astra at 19.2 ° East (transponder 82, polarization vertical). Pulse 4 is part of the ProSieben Austria Pact, since almost all other transponders with German-language programs now transmit horizontally polarized, reception with single-cable system technology is sometimes not possible or only if it is a programmable system (H104plus). For the future Puls 4, Austria-wide cable broadcasting is also planned.

Since May 15, 2008, Puls 4 has been broadcast encrypted via satellite. This step is justified mainly by the fact that the plan is to show more international blockbusters. The coding costs are lower for this. The ORF smart card is required for decryption, and reception via the Sky Austria smart card has also been possible for some time.

Puls 4 was included in the DVB-H offer of Orange Austria , A1 and Hutchison Drei Austria from 2008 to 2010 . Michael Stix from SevenOne Media Austria assumed that Puls 4 would also appear as a mobile phone TV . 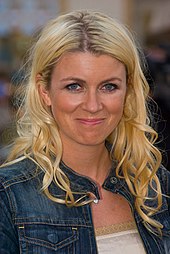 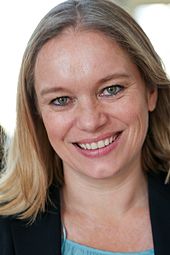 V - D
TV programs from ProSiebenSat.1 Media SE
1 : Can also be received as live streaming in Austria and Switzerland