The house Sayn-Wittgenstein is a family of former German nobility . It ruled several independent counties and principalities in the Holy Roman Empire directly and was represented with a seat and vote in the Imperial Council of the Reichstag . Around 1806 these territories were mediatized and lost their independence; after that the lines of the house belonged to the landlords of the German Confederation .

Coat of arms of the Sponheimers

Siegfried I von Sponheim († 1065), the first documented name bearer of the Sponheimers (historically often called Spanheimers), came to Carinthia in the wake of the Salier Emperor Konrad II from Rhine Franconia. By marrying Richgard von Lavant († 1072), Sieghardinger's heir , he came to rich estates in Tyrol and Carinthia. His son Engelbert I was appointed Margrave of Istria in 1090 . Engelbert's youngest son Heinrich achieved the duchy of the Duchy of Carinthia in 1122 and rule over the margraviate of Verona , which the Sponheimers held until 1269.

Gottfried III. von Sponheim (* before 1183–1218) married Adelheid von Sayn († 1263) in 1202, one of the two sisters and heiresses of the last Count of Sayn , Heinrich III. After his death in 1246/47 parts of the county of Sayn fell to Gottfried's son Johann I , the founder of the Sponheim- Starkenburg line , his brother Heinrich I von Heinsberg founded the Sponheim-Heinsberg line and the youngest brother, Simon I , founded the line Sponheim- Kreuznach . Johann I von Sponheim-Starkenburg had a son Gottfried I (1266–1284), among whose sons an inheritance was divided in 1294: Johann II inherited the County of Sayn and founded the line of the Counts of Sayn-Sayn; his brother Engelbert I inherited Vallendar and from maternal inheritance the rule of Homburg with Homburg Castle and founded the line of the Counts of Sayn-Homburg. The latter line inherited the County of Wittgenstein in 1361 and thus founded the Sayn-Wittgenstein family. The Rhenish main line of the Sponheimer counts (in Sponheim ) died out in the 15th century, but the Counts of Ortenburg also formed a branch of the Sponheim male line that ruled directly until 1805 and still exists today.

Coat of arms of the Counts of Sayn

After the castle Sayn near Bendorf , which was probably built in the 10th or 11th century , a family of counts called themselves the Counts of Sayn , which is documented for the first time in 1139. The counts gradually acquired goods in the Westerwald , where they founded the castle around 1180 and subsequently the town of Hachenburg , as well as on the Sieg and Lower Rhine . They also founded the Marienstatt Cistercian monastery in 1222 . The exact origins of the first Counts of Sayn are still unknown, but a descent from the House of Nassau is likely.

The original Count of Sayn died in 1246 with the death of Heinrich III. out. His sister Adelheid was with Gottfried III. von Sponheim married and brought the county of Sayn as heir to the Counts of Sponheim. Some possessions then fell to Gottfried's second son Heinrich von Sponheim-Heinsberg, lord of the Heinsberg lordship . The grandson of Gottfried III. through his eldest son Johann I (also named Gottfried) finally founded the younger line of the Counts of Sayn (of the Sponheim tribe).

Counts of Wittgenstein (until 1361)

Coat of arms of the Counts of Battenberg and Wittgenstein

Counts of Sayn-Sayn and Sayn-Wittgenstein (from 1361)

From 1361 the possessions were continued in two lines:

The following counts ruled the County of Wittgenstein in succession:

Since 1500 the county of Wittgenstein belonged to the Lower Rhine-Westphalian Empire , while the County of Sayn belonged to the Upper Rhine Empire . In the second half of the 16th century, the Reformation was introduced in the county.

In 1606 the Sayn-Sayn line, which had owned the actual county of Sayn since 1294 , died out in the male line. Their last representative, Heinrich IV. , Had already bequeathed the county to his only relative, his niece Anna Elisabeth, who was married to the third son of Count Ludwig von Sayn-Wittgenstein, Wilhelm III., So that the two lines were for a short time Time were reunited.

Counts and princes of Sayn-Wittgenstein from 1605 to 1806

Ludwig I (1532–1605), Count of Sayn zu Wittgenstein, united both counties, Sayn and Wittgenstein , in one hand. But already in 1605 he divided his inheritance between his three sons:

The county of Sayn-Wittgenstein was on the upper reaches of the Eder and Lahn . Neighboring gentlemen were:

The Counts of Wittgenstein had the following coat of arms: Two black posts in silver (see above). It still appears today in a number of current municipal coats of arms, e.g. B .:

The Counts of Sayn-Wittgenstein (-Homburg) had a family coat of arms with four fields in the main shield and a heart shield (see above):

Since the Weimar Constitution came into force on August 14, 1919, all German family members of the various lines bear the official surname “Prince or Princess zu Sayn-Wittgenstein-…”. The princely titles of the three line chiefs Berleburg, Hohenstein and Sayn, which were once inherited in Primogenitur , are still used - in some cases - in private traffic.

The members of the Russian (Ludwigsburg) branch of the Berleburg line, who today mainly live in Canada , all bear the name Fürst or Fürstin zu Sayn-Wittgenstein . This came about in the following way: The primogenely hereditary title Prince zu Sayn and Wittgenstein was given to the son of Count Christian Ludwig zu Sayn-Wittgenstein-Berleburg-Ludwigsburg (1725–1797), the Imperial Russian Lieutenant General Count Peter (1769–1843), in 1834 awarded in Prussia. In Russia, this title was then, also in 1834, confirmed as Prince of Sayn-Wittgenstein and Prince Peter was thus included in the hereditary Russian nobility of the royal class. However, Russian princely titles were - as a rule - not only primogenically hereditary, but - in contrast to German princely law - were held by all family members at the same time, thus not only by the respective line manager, but also by younger sons and their descendants and also by unmarried daughters. This Russian princely title was then carried on by the descendants of Peter's second son Friedrich (1836–1909), while the fourth and youngest son Alexander (1847–1940), who returned to Germany, established the line “zu Sayn-Wittgenstein-Sayn”, which continued the primogenic Prussian prince title under this name, which was inherited only to the respective line chief, while the younger descendants carried the title "Prince / Princess to", which became the official family name in 1919.

The German businesswoman Corinna Larsen acquired the family name through a marriage with Johann Casimir zu Sayn-Wittgenstein-Sayn (* 1976), son of the head of the house Alexander zu Sayn-Wittgenstein-Sayn . In reporting on her liaison with the Spanish King Juan Carlos I , the Madrid press called her the "German Princess". Despite the opposition of the Sayn-Wittgenstein family, she let herself be dubbed “princess” even after the divorce. She correctly explained to the press that it was her “legitimate right” to continue to use the family name acquired through marriage after the divorce.

Origin and extinction in the male line

In October 1904 a new Bavarian branch split off from the family: Prince Hermann zu Sayn-Wittgenstein-Hohenstein, who had entered into an unequal marriage with Gertrude Katharina Westenberger, and his son Alexander, who came from this connection, were included in the kingdom's nobility registers Bavaria enrolled in the princely class, but with the title "Prince of Sayn-Wittgenstein". On January 23, 1905, Hermann renounced membership of the Sayn-Wittgenstein-Hohenstein family. The Austrian prevalence of the family took place on July 11, 1912 in Vienna. This new Bavarian-Austrian line died out with the two sons of Hermanns, Alexander (1876–1947) and Adalbert (1887–1959), in the male line.

Name transfer via marriages and adoptions 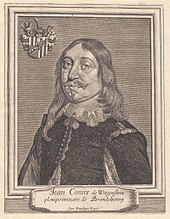