The 43rd Berlin International Film Festival took place from February 11 to 22. February 1993 instead.

The following films were shown in the official competition this year : 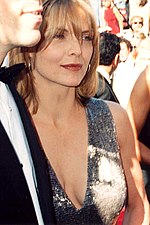 The Honorary Golden Bear for lifetime achievement were given Billy Wilder and Gregory Peck . Both of them received an homage with their best films.

Since Manfred Salzgeber was sick with AIDS , Wieland Speck was solely responsible for the Panorama section for the first time . The following films were shown in the program: