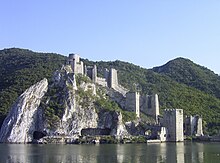 Golubac Castle on the Danube 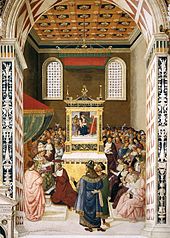 The millet trip is a bet between the Swiss from Zurich and the Alsatians from Strasbourg . With a special boat trip, the people of Zurich prove that they can be in Strasbourg within 24 hours because the millet porridge brought from Zurich on the boat was still warm in Strasbourg.

Vladislav II of Hungary and Bohemia