The German Television Prize is a television prize whose introduction was decided in October 1998 by the television stations Das Erste , ZDF , RTL and Sat.1 . The first award ceremony took place on October 2, 1999 in Cologne , the last so far on January 31, 2019 in the Rheinterrasse in Düsseldorf.

The Telestar television prize was awarded annually from 1983 to 1998 . At first the WDR carried it out alone. It was not carried out together with ZDF until 1985 . After the radio and television award Löwe from Radio Luxemburg was discontinued in 1995, the television broadcaster RTL took over the name of its new television award Golden Lion , which was awarded from 1996 to 1998, one year later .

Both prizes were accused of giving preference to their own top performers. Therefore, in October 1998 the major public television broadcasters Das Erste and ZDF as well as the major private broadcasters RTL and Sat.1 decided that they wanted to award a joint award. Thus, the two former television awards Telestar and Goldener Löwe were included in the German television award. The aim is or was that the German Television Award should achieve an international level comparable to that of the “ Emmy ” or the “ Oscar ”.

→ Main article : Protest and consequences of the reform in the article German TV Prize 2010

In a comprehensive reform in the run-up to the 2010 award ceremony, all other personal categories (including for supporting actors and directors) except for the two main actor, special, honorary and sponsorship awards were deleted, but a jury award and an audience award were added. This was announced by WDR director Monika Piel , who was then chairwoman of the group of donors . The prank action sparked protests from filmmakers, who see the changes as an “unprecedented devaluation of fiction”. In an urgent appeal, they called on the donors to reconsider these changes and thus counteract any “disregard for the authors and creators of the films, programs and series”. In the run-up to the 2011 awards ceremony, the organizers announced that they wanted to stick to the concept change and thus to the shortened category system. As a result of the decision, a number of professional associations in the film industry founded the German Academy for Television , which is supported by the creatives from the individual film industries and at the annual award, comparable to the Emmy , the winners are nominated and elected by colleagues from the respective film industry .

In February 2014 it became known that the partnership agreement between ARD, ZDF, RTL and Sat.1 had been terminated and that there would be no more German TV Awards after 2014. Negotiations between the donors in August 2015 revealed that the German Television Prize 2016 was now taking place as a New Year's meeting of the television industry with a new concept in the Düsseldorf Rheinterrassen, which was not fully televised. Instead, a half-hour summary was sent. In addition, former categories are re-assigned.

From 2020, the award ceremony should be shown live on television again and take place in Cologne's Coloneum, where it was held for the first 16 years. In addition, it was to be produced for the first time by the production company Riverside Entertainment . In addition, the award ceremony should take place on June 6th in the summer. Due to the COVID-19 pandemic , the award event had to be canceled. The nominations for the 21st German Television Award will be published as planned in May 2020. The winners will be announced at the beginning of June. The above changes should come into effect for the award ceremony in 2021.

There are also innovations in the statutes. The broadcaster representatives will continue to work on the jury, but will no longer vote on the final price decision. The Best Streaming Program category will also be awarded for the first time.

The intention of the German Television Award is to promote the quality of German television programming and to honor outstanding achievements for television. Criteria and procedures are regulated in a statute.

All television productions of German origin or with significant creative and economic involvement by German clients that were broadcast nationwide between September 1 of the respective previous year and August 31 of the current year qualify for the award until the 2014 award . Since the award ceremony in 2017, the period from January 1 to December 31 of the previous year applies. The period from September 1, 2014 to December 31, 2015 was valid for the 2016 award.

In each award category, three to five nominations will be announced no earlier than four weeks before the award ceremony. Each nominee receives a certificate. The winners receive the award sculpture and a certificate. Apart from the sponsorship awards , the awards are not endowed. In addition, prizes such as the special prize, sponsorship prizes or the donor's honorary prize can be awarded without prior nomination.

An independent jury, consisting of nine to twelve members, who are appointed for two years each, decides on the nominations and award winners, although reappointment is possible after this period. The members of the jury may not have any employment-related relationship with radio or television providers.

Since the award ceremony in 2016, there have been three specialist commissions each with three, at most five members for the areas of fiction, entertainment and information, which carry out the preselection. These then form the jury. You will only be called for one year, with renewal also possible.

The following table is a list of all jury members.

Channels that produce television productions themselves or have them produced and that can be received nationwide can submit two to three suggestions per category to the jury. In addition, the jury members can submit unlimited suggestions in all categories. Professional associations can also be granted the right to make proposals.

From all proposals, three or five nominations are made by majority vote and the jury then selects the winners.

The following table is a listing of all categories that are currently being awarded. Since the names of the categories have changed over the years, the current name is written in bold . 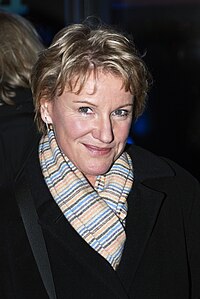 Mariele Millowitsch , the only winner in the Best Actress Sitcom category

Walter Sittler , the only winner in the Best Actor Sitcom category 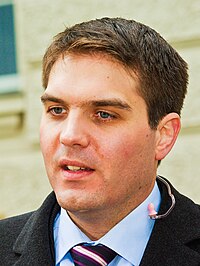 Frederik Pleitgen , who washonoredwith an Honorable Mention in 2011.

Categories that are no longer awarded:

Most of the awards were moderated by Barbara Schöneberger (2016–2019). 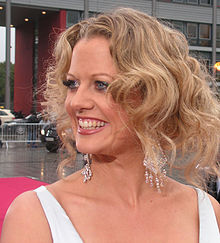 Barbara Schöneberger was the only one to host four awards in a row for the German TV Prize. 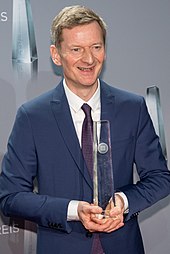 The trophy in the hands of Michael Kessler after the 2018 award ceremony .

The trophy is a 30 cm obelisk . The obelisk consists of a glass body that weighs approx. 1.9 to 2 kg. A three-dimensional television screen produced using the latest laser technology is lasered into the obelisk.

The design for the trophy comes from the Peter Schmidt Studio Hamburg and is produced by the Rastal glass company in Höhr-Grenzhausen (Rhineland-Palatinate).

While the award ceremony is still in progress, the names of the winners will be lasered into the trophy with a mobile engraving system.

In 2007 the organization office of the German Television Prize received the price of the offended viewers for the “purchase” of “fans” for the 2006 award in Cologne-Ossendorf.

There was a scandal in 2008 when Marcel Reich-Ranicki refused the television award that was intended for him live in the gala. Above all, he wanted to point out the poor quality of German television in his opinion.

There was also criticism when the prizes were no longer awarded in individual categories such as direction, camera, editing, music and equipment, but for films, teams and actors.

Before the 2018 award ceremony , the handling of screenwriters in the invitation and nomination policy was criticized .