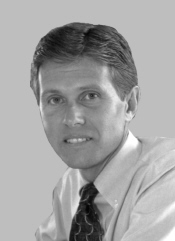 Robert A. "Bob" Weygand (born May 10, 1948 in Attleboro , Bristol County , Massachusetts ) is an American politician . Between 1997 and 2001 he represented the second constituency of the state of Rhode Island in the US House of Representatives .

Robert Weygand first visited the St. Raphael Academy and then studied at the University of Rhode Iceland , among others landscape architecture . Between 1973 and 1977 he was employed as a landscape architect for the Ministry of Natural Resources in Rhode Island. From 1978 to 1984 Weygand was chairman of the East Providence Planning Committee . He then went into business for himself and founded his own company, which also dealt with landscape architecture. He managed this company between 1982 and 1993.

Politically, he joined the Democratic Party . Between 1985 and 1993 he was an MP in the Rhode Island House of Representatives . In 1991 the then mayor of Pawtucket , Brian J. Sarault, tried to bribe him. Weygand reported the case to the Rhode Island Police and the FBI ; they trapped the mayor and arrested him.

Weygand was Lieutenant Governor of Rhode Island between 1993 and 1997 . In 1996 he was elected to the US House of Representatives in Washington, DC in the second district of Rhode Island , where he succeeded Jack Reed, who was moving to the Senate , on January 3, 1997 . After being re-elected in 1998, he was able to spend two terms in Congress until January 3, 2001 .

In the 2000 congressional election, Robert Weygand ran unsuccessfully for the US Senate ; he was defeated by the liberal Republican Lincoln Chafee . Between 2001 and 2004 he was Chairman of the New England Higher Education Council, based in Boston . He then became a Vice President of the University of Rhode Island. There he is responsible for the administrative area.

Lieutenant Governors of the State of Rhode Island

Members of the United States House of Representatives for Rhode Island