Hans Krollmann to the right of W. Wallmann and S. Lenz at the presentation of the Peace Prize of the German Book Trade 1983

Hans Krollmann attended a grammar school in Hohenlimburg / Westphalia and was involved in the socialist youth from 1946. After graduating from high school in 1950, he studied law and political science in Münster , Cologne and Hamburg and graduated with the first state examination in 1954 and the second state examination in 1959. He then worked in the administration of the city ​​of Kassel . He joined the SPD as a student and worked in the Socialist German Student Union (SDS), of which he was federal secretary in 1951/1952. In the 1950s he was the state chairman of the Young Socialists in Hamburg. Since 1961 he was a member of the district executive committee of the SPD Hessen-Nord, since 1977 he was its chairman. From 1969 to 1974 he was chairman of the SPD sub-district of Kassel-Stadt. Krollmann was the SPD state chairman in Hesse from 1987 to 1989 and renounced a new candidacy for the party chairmanship in favor of Hans Eichel . 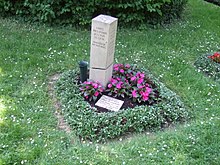 From 1959 to 1962 Krollmann worked in the legal office of the city of Kassel and then switched to the police administration. In 1965 he became police chief in Kassel. Two years later he was elected city treasurer. In 1969 and 1970, Krollmann served under Johannes Strelitz as State Secretary in the Hessian Ministry of the Interior. From 1970 to 1991 he was a member of the Hessian state parliament and from 1972 to 1973 and from 1987 to 1988 chairman of the SPD parliamentary group.

In the SPD-led state governments of Prime Ministers Albert Osswald and Holger Börner , he held office from 1973 to 1974 as Minister of State for Agriculture and the Environment, from 1974 to 1984 as Minister of Culture and from 1984 to 1987 as Minister of State for Finance . In addition, he held the office of Deputy Prime Minister from 1982 to 1987. In the early Hessian state election in 1987, after Börner's resignation, he stood as the SPD's top candidate, but was defeated by the CDU candidate Walter Wallmann , so that the SPD had to go into opposition for the first time in the Hessian state's history.

Finance Minister of the State of Hesse

Education Minister of the State of Hesse

Agriculture Minister of the State of Hesse

State chairwoman of the SPD Hessen

Chairwoman of the SPD parliamentary group in the Hessian state parliament