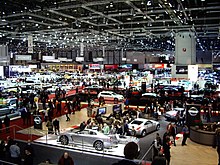 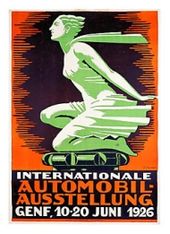 In 1905, the first so-called National Automobile and Bicycle Exhibition took place in a polling station on Boulevard Georges-Favon in Geneva, Switzerland . Since then, numerous vehicles from well-known manufacturers have been presented at the Geneva Motor Show, some of which have rewritten the history of the automobile . In 1982 the Geneva Motor Show moved from the old Palais des expositions in the city center to the new Palexpo exhibition complex.

In June 2020, the foundation, which owns the rights to the motor show, announced that it wanted to sell it. The rights holder estimates the trade fair's brand value at around 15 million francs.