Love ( English Love ) is a remix album of the British group Beatles contains the music, which is exclusive to an eponymous show of Cirque du Soleil has been compiled. The album was released on November 17, 2006 in Germany, November 20, 2006 in Great Britain and November 21, 2006 in the USA . 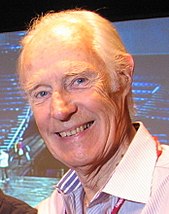 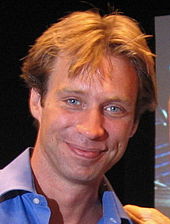 The original idea that the Cirque du Soleil could use music by the Beatles came from the friendship between George Harrison and the founder of the Cirque du Soleil, Guy Laliberté . Work on the album only began after Harrison's death in 2004, after Paul McCartney , Ringo Starr , Yoko Ono and Olivia Harrison (the latter two representing the late Beatles John Lennon and George Harrison) allowed the Beatles to use the original multi-track recordings to put together a medley for the show LOVE by Cirque du Soleil . Various Beatles songs are mixed together on the album, for example the vocals from Within You Without You were placed on the rhythm of Tomorrow Never Knows .

The album was produced by George Martin and his son Giles Martin in Abbey Road Studios . The remix engineer was Paul Hicks, he was supported by Chris Bolster, Mirek Stiles and Sam Okell, who made the mixes using the Pro Tools software . The project was coordinated by Allan Rouse. The stereo version was mastered by Steve Rooke at Abbey Road Studios , while the 5.1 version was mastered by Tim Young at Metropolis Mastering .

For the acoustic version of While My Guitar Gently Weeps , which was first released on the album Anthology 3 , George Martin wrote an orchestral accompaniment, which was recorded in the AIR Studios in London under the direction of Martin with sound engineer Nick Wollage, otherwise based all songs on the original Beatles recordings.

“This music was designed for the LOVE show in Las Vegas, but in so doing we have created a new Beatles album. The Beatles always looked for other ways of expressing themselves and this is another step forward for them. "

“This music was developed for the LOVE show in Las Vegas, but we did a new Beatles album. The Beatles have always looked for other ways to express themselves, and that's another step for them. "

“This album puts The Beatles back together again. It's kind of magical ”

“This album brings the Beatles back together. Its magical."

“George and Giles did such a great job combining these tracks. It's really powerful for me and I even heard things I'd forgotten we'd recorded. "

“George and Giles did such a good job combining these tracks. To me it's really powerful and I've even heard things that I forgot we'd recorded. "

The album reached number two in the German charts in December 2006, number three in Great Britain and number four in the USA . In December 2006, the album went multi-platinum in the US for two million copies. In 2007 the album was awarded a platinum record in Germany.

The album has been available as a download from iTunes since February 8, 2011 with the exclusive bonus titles The Fool on the Hill and Girl , and from December 24, 2015, the album was also available from other providers and streaming services.

The album cover and the 28-page illustrated CD booklet were created by Drew Lorimer and Philippe Meunier and Janina Bunjamin from Diesel Marketing . The CD booklet contains a foreword by George Martin and Giles Martin .

Chart positions of the album

On October 20, 2008, a documentary entitled All Together Now - A Documentary Film about the genesis of the stage show LOVE by Cirque du Soleil in Las Vegas , based on the Beatles album of the same name by Apple , was released.

Director Adrian Wills filmed early meetings between the creative teams of Cirque du Soleil and Apple Corps as well as interviews by Paul McCartney , Ringo Starr , Yoko Ono and Olivia Harrison and Neil Aspinall discussing how the music of the Beatles is being integrated into the Love project can. Short excerpts from Beatles music videos were also used. The documentary shows the musical production of the album Love by George Martin and his son Giles Martin in Abbey Road Studios and the subsequent orchestral recordings in AIR Studios for While My Guitar Gently Weeps . Furthermore, it will be shown how the first creative ideas for the show in Montreal , Canada , as well as the first rehearsals in the theater of The Mirage in Las Vegas , where George and Gilles Martin were also present. In addition to Guy Laliberté , the cast included: Dominic Champagne (director of the show), Rodrigue Proteau, Michael Moloi Tumelo, Gilles Ste-Croix, Bobby Baldwin, Lincoln Hudson, Chantal Tremblay and Jonathan Clyde.

The film was dedicated to Neil Aspinall. On January 31, 2010, the DVD won the Grammy Award in the Best Long Form Music Video category.

Web links of the film

Albums by The Beatles