The German U-21 national soccer team is a selection team of German soccer players . It is subordinate to the German Football Association (DFB) and represents it internationally at U-21 level , for example in friendly matches against the teams of other national associations or at European championships of the continental association UEFA .

Eligible to play are players who are German citizens and have not yet reached the age of 21. In tournaments, the age at the first qualifying game or on January 1st of the year specified in the tournament rules is decisive. For example , only players born on or after January 1, 1994 were allowed to play in the 2017 U-21 European Championship , the qualification of which began in 2015.

The greatest success of the selection was for many years the Vice European Championship in 1982. Only in the final, which at that time was played in the home and away leg, did the team lose to England . After a 3-1 defeat in the first leg in Sheffield , in which the then 22-year-old Rudi Völler scored the goal, only a 3-2 victory was achieved in Bremen . Pierre Littbarski scored all three goals.

In the following years the qualification was missed, in 1984 the team failed to Albania . It was not until 1990 that they made it to the finals. However, the selection of the Soviet Union prevailed after a 1-1 draw in the first leg in the second leg with 2-1 after extra time. In 1992 the quarter-finals were also the end of the line, a 1-1 in the first meeting with Scotland, followed by a 3-4 defeat, although the German selection had meanwhile led 3-1.

1993 succeeded in qualifying for the 1994 tournament with an 8-0 win against Ireland, the clearest victory of the selection. Nevertheless, qualification as second behind the undefeated Spaniards was missed, but the selection reached the finals again in 1996. There, however, the team did not get past the quarter-finals again, the results against France were 1: 1 and 1: 4 .

In 1998 they managed to qualify for the finals unbeaten, the quarter-final match against Greece ended 0-1 and they were eliminated again in the round of the last eight. Two years later, qualification was missed as the selection was only runners-up behind Turkey and not among the best runners-up. 2002 managed only the third place in the table in the qualification.

After successfully qualifying for the 2004 European Championship through a 1-0 win at home against Turkey and a 1-1 draw in the second leg, which was overshadowed by tumultuous scenes after the final whistle, the German selection was able to qualify for the finals again. The association then applied to host the tournament, which took place from May 27th to June 8th of that year in Germany. However, the team failed in the group stage to Sweden and Portugal .

In 2006 they won the group against England in qualifying. In the following playoffs, the selection prevailed against the Czech Republic and reached the finals. Behind the unbeaten French selection , Germany, Serbia-Montenegro and Portugal were tied after one win and two defeats each. In the comparison of the three teams with each other, Serbia-Montenegro prevailed.

The qualification for the European Championship 2009 was won by the German U-21 national team in their group, tied ahead of Israel . In the following two play-offs, the DFB selection prevailed against France. At the U-21 European Championship in 2009 , the team trained by Horst Hrubesch made it to the final unbeaten. There the German U-21 national team defeated England 4-0 on June 29, 2009 and became European champions for the first time.

Rainer Adrion followed Hrubesch as coach. Adrion missed the finals of the 2011 U-21 European Championship . The team he trained failed to qualify for the Czech Republic and Iceland. At the U-21 European Championship 2013 , the German team retired prematurely after defeats in the first two group games against the Netherlands and Spain. As a result, Adrion's contract was terminated amicably in June 2013. The new U-21 national coach was his predecessor Horst Hrubesch .

The U-21 national team reached the semifinals of the U-21 European Championship in 2015 . In the semi-final game against Portugal there was a 5-0 defeat of the U-21 national team so far. Upon reaching the semi-finals, the German Olympic Football Team qualified for the 2016 Olympic Games . There the team lost in the final against Brazil (on penalties) and won the silver medal. After the tournament, Hrubesch resigned as a coach; He was succeeded in August 2016 by Stefan Kuntz , who led the team to the European Championship in June 2017 .

The German U-21 started as an outsider in the European Championship in Poland , as a number of top performers took part in the 2017 FIFA Confederations Cup with the senior national team . In the group stage, Germany played against the Czech Republic, Denmark and Italy and qualified as the best runner-up in the group for the semi-finals, in which they defeated England on penalties. In the final they met the favored Spaniards and won 1-0 with a goal from Mitchell Weiser .

At the 2019 European Championships in Italy and San Marino, coach Stefan Kuntz's team went into the competition as defending champions and defeated Denmark and Serbia in the group stage. A draw against Austria was enough for them to advance as group winners. In the semi-finals, the DFB-Elf defeated Romania 4-2 and, like two years before, played the final against Spain, which was then lost 2-1. Luca Waldschmidt was the top scorer of the tournament with seven goals and thus equaled the previous record of the Swede Marcus Berg from 2009.

In qualifying for the European Championships in Hungary and Slovenia in 2021 , the German team stumbled because they lost twice to Belgium and participation in the final round was in danger. However, since the Germans won all of the remaining games and the Belgians failed in the meantime, Stefan Kuntz's team qualified for the final, which was divided into two parts due to the COVID-19 pandemic. The group stage took place during the international break at the end of March 2021, while the final round was held from the end of May 2021 to the beginning of June 2021. The German team played in the group stage against hosts Hungary, the Netherlands and Romania and qualified as runners-up for the final round. In the quarter-finals Denmark was defeated on penalties and in the semi-finals group opponents Netherlands, who defeated the highly traded French in the quarter-finals, were defeated 2-1. In the final, favorite Portugal was beaten 1-0. The title win came unexpectedly, as the year was viewed as weak.

The following players have played more than 20 U21 internationals. 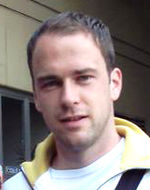 The following players have scored at least ten international U21 goals.

→ Main article : List of international matches for the German U-21 national soccer team

The games of the 2020/21 season are listed. The results are mentioned from a German point of view.

A.Player has already been nominated for the senior national team or used there.